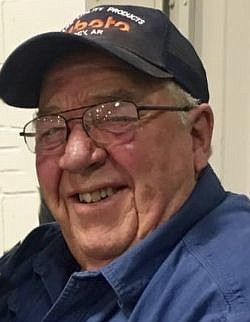 Lewis "David" Warren, Jr. of Mount Vernon passed away peacefully and surrounded by family on January 6, 2021. He was born on March 3, 1954, in Conway, Ark., to the late Lewis Warren and the late Billy Joyce Warren.
David is survived by his high school sweetheart and wife of 48 years, Barbara; two daughters, Jennifer Raby and spouse, Robbie, Jesse Moss and spouse, Josh. He was a loving Papa to eight grandchildren: Gracie, Kenlie, Marlee, Charity, Gage, Jaxon, Rylan, and Storm, all of Mount Vernon. David is also survived by his sister, Lisa Davitt of Florida; and aunts, Judith Wimberly of Benton, and Norma Montgomery of Russellville.
David was a master in his trade and took pride in his career being an electrician and an electrical contractor. One of his most honored career accomplishments was the patent he obtained for the electrical grounding system he designed for the oil and gas industry. David simply loved to work, either on the job site, or in the office at a print table, on the farm running his dozer, bush-hogging, or spraying for his hated thistle. He also had a love for cars spent countless hours at the shop with his 1967 Chevy Chevelle. He was always busy.
Visitation will be Sunday, January 10th, from 2 p.m. to 6 p.m. at Roller McNutt in Conway. Funeral services will begin Monday, January 11th at 10 a.m. at David's shop in Mount Vernon with a private family burial following.
The family ask, in lieu of flowers, please make a contribution to a charity of your choice.
Online guestbook available at www.rollerfuneralhomes.com/conway