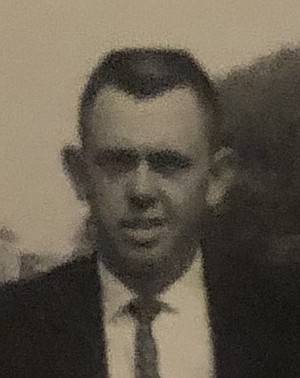 Cecil E. Hairston "Such", passed away on Wednesday, December 30, 2020, in Mineral Springs, Arkansas. He was born on Saturday, April 3, 1937, on Round Mountain, Arkansas, to Almos and Oleta Hairston.

Cecil was preceded in death by his parents; one sister, Gena Ledbetter; two brothers, Howard and Theo Hairston; his first wife, Evelyn Hairston, and his second wife, Doris Hairston.

He is survived by three stepsons, Robert Harwell, Carl Harwell (Shirl), and Mike Kosares (Melinda); three sisters, Juanita Taylor (Don), Jane Hairston, and Evelyn Hairston; one sister-in-law, Betty Hairston, and a brother, Dwight Hairston (Suzanne); a host of cousins, nieces, nephews, great-nieces and nephews, great-great-nieces and nephews, and other family and friends that all loved him dearly. Cecil proudly served in the military.

To have known "Such" was a blessing to many. He always had a contagious smile and with him there was never a dull moment! He always had something to say that would make you laugh. He will be missed but his memory will be cherished by all who knew him.