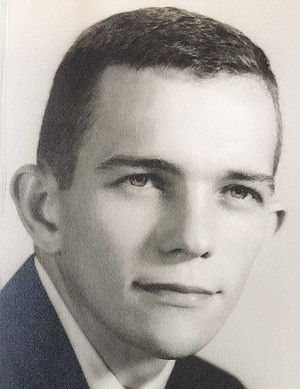 Richard Michael Cain, 79, passed away unexpectedly Saturday, January 9, 2021, in Little Rock. Mickey was born March 2, 1941, in Fayetteville, to loving parents and had two great siblings. He married and had two wonderful children who became wonderful adults and parents of five equally wonderful grandchildren. He later remarried, this time to the love of his life and best friend, Mary Dauphin Cain.

He graduated from the University of Arkansas in 1964 and worked 32 years in finance for General Motors Acceptance Corporation, all in Texas, retiring after eight years as manager of the Abilene branch. He and Mary moved to Little Rock in 1997. He was a lifelong Razorback fan, which was not easy while living in Texas, and enjoyed playing golf and caddying for his father at Fayetteville Country Club.

He was preceded in death by his father, Bill Cain and mother, Mary Louise Cain and brother, Bill. He is survived by his wife of 45 years, Mary; sister, Mary Lou Rasco and husband Terry of Little Rock; son, Scott and wife Sharon of Springdale; daughter, Mary Ann Pike and husband Keith of San Antonio; step-sons, Corwin Sampson of Boulder, Colo., and Ken Sampson and wife Beatrice of Marco Island, Fla.; five grandchildren and 13 step-grandchildren. No service is planned. Online guestbook: www.rollerfuneralhomes.com/chenal