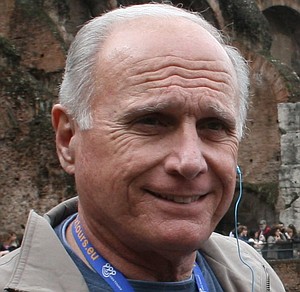 Joseph Giovannucci Jr., 78, of Bella Vista, Ark. died Wednesday, January 13, 2021 at Mercy Hospital in Rogers, Ark. He was born on February 27, 1942 in Norwood, Mass., the son of Mary and Joseph Giovannucci Sr.
Joe proudly served in the United States Air Force, stationed in Wichita Falls, Texas. From there, he moved to Paducah, Ken. and worked for Westlake Chemical Corporation in Calvert City, Ken. After he retired from Westlake, he moved to Northwest Arkansas in 2000.
Joe enjoyed fishing, spending time with family, traveling, staying informed on current events, and was an avid University of Kentucky basketball fan. His faith was important to him, as he volunteered in many capacities at his church, St. Stephen Catholic Church, in Bentonville. He was also a member of the Knights of Columbus.
He was preceded in death by his parents, sisters Viola Kirk and Evelyn Resch, and a brother, Victor Giovannucci.
Joe is survived by his wife Judy Giovannucci of the home, son Kelley Giovannucci of Plano, Texas, daughter Kim Dial (Joe) of Bentonville, granddaughters Lauren and Megan Dial of Bentonville, sister Gloria Steidinger of Easton, Mass., sister Marilyn Raines of Las Vegas, Nev., brother Ron Giovannucci (Sharon) of Alexandria, Va., and many other extended family members.
A Mass of Christian burial will be held at St. Stephen Catholic Church in Bentonville, Ark. on Friday, January 22nd at 9:30 a.m.
Arrangements by Epting Funeral Home Bentonville. In lieu of flowers, the family is requesting that donations be given to St. Jude Children's Research Hospital at www.stjude.org.
Condolences: www.eptingfuneralhome.webs.com.