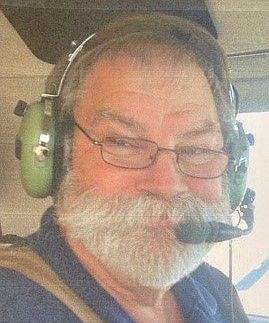 Michael Allen Meyer Sr., age 72, passed away Thursday, January 14, 2021. He was born on April 4, 1948, in Little Rock. He was preceded in death by parents, T.J. Jr. and Maxine Meyer; son, Michael Meyer Jr.; brother, Teddy Meyer. He is survived by brother, Robert (Marilyn) Meyer; five nieces; five nephews.
Mike loved sailing, scuba diving, Taekwondo, and had a lifelong passion for motorcycles and airplanes. In his teens "Big Mike" started his racing career at Benton Speed Bowl and later graduated into AMA Pro Circuit eventually earning in AMA National #38. While he wasn't interested in street racing, he thoroughly enjoyed triple digit speeds on the track. Mike enjoyed flying and teaching others to fly. He held a FAA Commercial Pilot certificate, as well as instrument instructor ratings which allowed him to fly the Citation Mustang jet. The airplane he enjoyed flying the most was the Beechcraft King Air.
After a diagnosis of lung cancer, we believe he chose to continue on his next adventure with his license intact rather than give up his ticket to fly in order to fight this disease. There will be no formal service. His ashes will be scattered over the ocean as he wished. Blue skies and tailwinds forever Michael.
Do not look at my grave and cry,
I am not there, I'm up in the sky,
I've passed my final check ride,
And now I'm free to fly,
To places I've only dreamed of
While flying mortals through the sky.
Do not grieve for me, for I'm free to fly.
Do not grieve for me, for I did not die.
Cremation arrangements are under the direction of Cremation Services of Arkansas, 501-313-5431. www.cremationservicesofarkansas.com