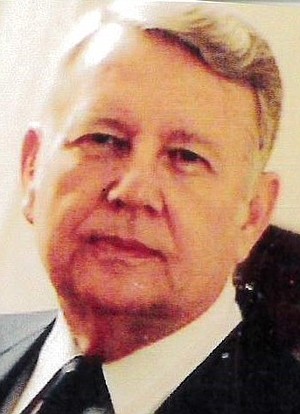 Walter Collins completed his life at the age of 97, on Friday, July 9, 2021, to begin a new life. We have lost the comfort of his presence, but he remains in the heart of his family and will be greatly missed.
Walter was born September 21, 1923, in Pine Bluff, the youngest of three children of Ira Lee Collins and Josephine Richmond Collins.
He received his early education in the Pine Bluff Public Schools, graduating in the class of 1943. He served in the Army Air Corp from November 1948, to January 1950.
He was a member of First Christian Church, Pine Bluff, since 1937, at the age of 14. However, he had attended Central Presbyterian Church, in Pine Bluff, since 2002.
He married Bernice Gasaway, September 2, 1950, in Pine Bluff. He was a retiree of Weyerhaeuser and Gaylord Paper Mills.
In addition to his parents, he was preceded in death by his brother, Ira Collins, in 1987; his sister, Sybil Collins Box, in 1996; two nephews, Terry Collins in 1981, Richard Box in 1998; and a niece, Rita Box Huddleston, in 2019.
Survivors include his wife, Bernice Gasaway Collins, to whom he had been married over 70 years; a son, Walter Len Collins and his wife, Nancy-Jeanette; a granddaughter, Jennifer Collins Brown and her husband Shane; a great-granddaughter, Olivia Brown; a niece, Sandra Collins Beasley and her husband, Edward, of Trussville, Ala.
Graveside service by Ralph Robinson & Son will be Tuesday, July 13, 2021, at 10 a.m., in Graceland Cemetery with Reverend Jai Kwak officiating.
Memorials may be made to Central Presbyterian Church, 6300 Trinity Drive, Pine Bluff, Ark. 71603, or First Christian Church, 304 White Hall Road, White Hall, Ark. 71602. Online register at www.ralphrobinsonandson.com