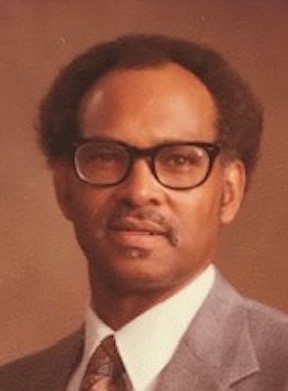 Our daddy, our pappa, our hero, Ezekiel Martin Johnson Jr., made his journey home to be with the Lord on July 15, 2021. Ezekiel was born in Glade Spring, Virginia, on October 12, 1934. He was the son of Ezekiel Johnson Sr. and Vivian Blevins Johnson. He graduated from Douglas High School and soon after joined the United States Air Force. While in the Air Force he was stationed in France, Japan, North Dakota, Canada, Delaware, and Arkansas. On June 28, 1958, he married Rachel Foster and together they raised three children while traveling the world. Ezekiel loved golfing, racquetball, bowling, and jogging. He was a member of several Optimist Clubs and eventually served as President of the Lakewood Optimist Chapter. He was a member of the Little Rock Air Force Base Chapel in Jacksonville, and Mount Calvary Community Church in Glade Spring. After 27 years in the Air Force, he retired as a MSgt/E7 and continued to work until the age of 85. Our dad never met a stranger and was always willing to help out anyone he possibly could. He always had a smile on his face and a quick comeback if asked how he was doing he would always reply "I'm kicking but not high, flopping but can't fly, but moving right along."
Ezekiel was preceded in death by his wife of 35 years, Rachel Foster Johnson; his parents, Ezekiel Johnson Sr. and Vivian Blevins Johnson; and his brothers, Billy Mack Johnson and John Lee Johnson. He is survived by his daughters, Cheryl Johnson and Deirdre Johnson Lawrence; son, Eric (Debbie) Johnson; grandchildren, Nicole Lawrence, Elizabeth (Brian) Linnen, Erica Johnson, Rachel Johnson, and Robert Johnson; great-grandchildren, Bryson Linnen and Cora Linnen; sisters, Mary Nowlin and Elizabeth Hill; brother, Elder James (Mattie) Johnson; sister-in law, Rose Lampkins; brother-in-laws, Don Foster and Glen Foster; along with countless nieces and nephews who he loved dearly and treated as if they were his own children.
Visitation will be 6 to 8 p.m., Monday, July 19, 2021, at Moore's Jacksonville Funeral Home, 1504 N. J.P. Wright Loop Road, Jacksonville, Arkansas, 72076. Funeral services will be held in Glade Spring, Virginia, at Mount Calvary Community Church on Friday, July 23, 2021, with interment at Fairview Cemetery in Glade Spring, Virginia. In Lieu of flowers memorials can be made to the Little Rock Air Force Base Chapel, Mount Calvary Community Church, P.O. Box 251, Glade Springs, Va., 24340, or Mount Zion Baptist Church, P.O. Box 183, Emory, Va., 24327.