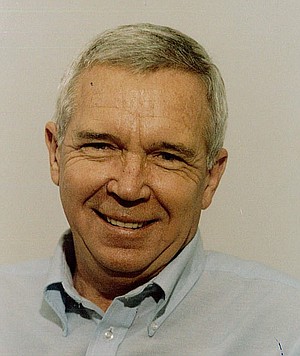 Ben Hughes Waddell, died peacefully July 13, 2021, at Little Rock Hospice. Ben was born May 22, 1931 in Little Rock, Ark.
He is preceded in death by his parents, sister; Clara Davis, and nephew; Doug Golenor.
He graduated from Joe T. Robinson High School. He served in the army where he was a cook, after discharge became a cook at Albert Pike Hotel. He then went to work at Chicopee (Johnson and Johnson). He retired as a foreman after 45 years of service. Ben and his wife enjoyed going to Oaklawn and Tunica. As long as he was able to drive, he loved to drive out highway 10, to reminisce and garden at the "poor farm".
He is survived by his wife of 65 years; Roma Nell Waddell. Nieces; Lynn Cortez (Corey), Barbara Wilson (David) and nephews; Steve Barthol (Debbie), Joe Davis, and numerous grandnieces and nephews.
Graveside services will be held at 9:30 a.m., Tuesday, July 20, 2021 at Pinecrest Cemetery in Alexander, Ark.