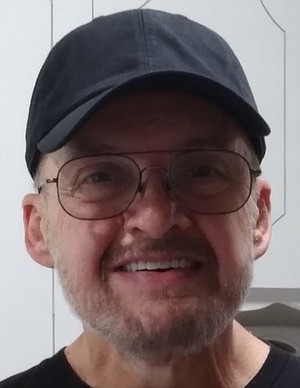 Terry Neal, 59, was lifted up to heaven on July 26, 2021, a survivor of stage four cancer. He was born in Clinton, Ark., on Jan. 8, 1962, a son of Robert Van Neal and Billie Sue (Bryant) Neal. Terry was known as a kind, gentle, loving, giving and self- sacrificing man. He was a humble man with a quick wit and an outstanding sense of humor. Terry had great spiritual faith and was a bible scholar. He graduated from Bee Branch High School where he was recruited by the Navy for his excellence in mathematics. Terry was a man of many talents. He loved woodworking and could build or fix anything! Terry was a longtime employee of the Arkansas Democrat/Gazette as well as a volunteer for the Little Rock Zoo where he used his multiple talents.
Terry is preceded in death by his mother and also his sister, Barbara Gail Neal. He is survived by his wife Marie Greene of Little Rock, Ark., his father, Robert Van Neal and step-mother, Dean (Branch) Neal of Springfield, Ark., his sister, Anna (Neal) Moore of Flippin, Ark., his brother, Robert Neal of Melbourne, Australia, and numerous other family members.
Memorial services will be held at the Arkansas Democrat-Gazette plant, next to the Clinton Library, in Little Rock, on Aug. 7, from 7 to 7:30 p.m. In lieu of flowers, memorials can be made to CARTI in Little Rock, Ark. We respectfully request that all attendees wear a mask. We deeply love you Terry and we will miss you always, Marie and your beloved pets
Cremation arrangements entrusted to Arkansas Cremation. www.ArkansasCremation.com.