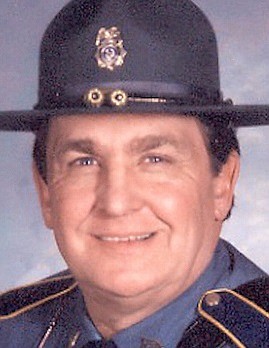 Bill J. Maley, 83 of Hot Springs, Ark., departed this life in the early morning hours of Saturday, May 29, 2021, to be with his Lord and Savior, Jesus Christ. Cancer had riddled his body, but never shook his spirit nor his faith.
Bill was born on April 28, 1938, in Little Rock, Ark., to the late Will and Agnes Kulicka Maley. He graduated from Little Rock Central High School in 1956 and then joined the United States Naval Reserve, where he served several years. After leaving the reserve, he went to work for the Little Rock Police Department as a city officer, often walking a beat downtown in Little Rock. He stayed with the Little Rock Police Department for six-and-a-half years.
Bill left the Little Rock Police Department and went to work for the Arkansas State Police Force. He enjoyed his career with the ASP where he was involved with many different aspects of working the road and was promoted to the rank of Sergeant on December 11, 1977. He started with Arkansas State Police on August 1, 1968 and retired on May 1, 1999. Bill had 30 years and nine months with Arkansas State Police.
Bill was instrumental with Sergeant Steve Jackson and Bill Mullinax in creating the first Arkansas State Police Association in the early 1980s. They traveled to each troop with a simple idea that grew exponentially into what it has become today. Bill Maley was proud of that legacy because he dearly loved the work and the people of the State Police family.
Bill was a 32nd-degree Mason of the Scottish Rite of Freemasonry and was a member of Albert Pike Lodge 714. He was a past member of the Bryant Church of Christ for many years where he enjoyed worshipping with the fellow members of the congregation and doing several projects at the church and serving on different boards and capacities.
Bill enjoyed many hobbies. He loved to go fishing, duck hunting, woodworking, welding, metal detecting and photography. He was very proud of the houseboat that he built, complete with a kitchen, galley, bathroom and barbecue area with a deck on top. He loved taking many different family and friends out for a good time. He named the boat "Little Bo".
Bill was preceded in death by his father, Will Maley; mother, Agnes Kulicka Maley; many aunts and uncles and cousins.
He is survived by his loving wife of 49 years, Bonita "Bo" Maley; sister, Mary Ann Jones of Bryant; three children, Michael Maley, Chuck Maley, and Dede Crosby of Ft Worth, Texas; and five grandchildren; his Maltese dog, Bentley.
Chapel services by Ashby Funeral Home will be 2 p.m. Friday, June 4th, with Bro. Tommy Parsons a longtime friend and brother in Christ officiating. Burial will follow at Smith New Rosemont Cemetery in Benton.
Visitation will be at Ashbys, 1 p.m. until 2 p.m. before services.
Bill passed away at his home with his loving wife, "Bo" at his side, holding his hand. Online guestbook at www.ashbyfuneralhome.com