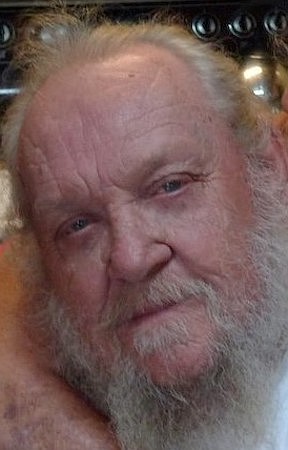 Daniel (Butch) Willard LaBelle, Jr., aka Doc, passed peacefully from this world at the age of 82, on May 27, 2021, under the care of his immediate family at his home in Gentry, Arkansas. Born to Daniel Willard LaBelle, Sr. and Delma (Stone) LaBelle January 17, 1939, in Hanover, New Hampshire. Throughout his life, Dan has been active as a cross country skier, flat track racer, hot rod mechanic, truck driver and an avid motorcycle rider. He was raised in New England, lived in California and called Arkansas home for the past 51 years.
Dan and his wife, Sharon (Hutton) LaBelle, celebrated 61 years of marriage May 15, 2021. The two were married May 15, 1960, in Soledad, California. Their vows were renewed August 24, 1996, at St. Mary's Catholic Church in Siloam Springs, California, as witnessed by Joe and Anne Carlon.
As a member of the United States Air Force he served from April 16, 1956, to May 22, 1959, and served in the 727th Aircraft Control and Warning Squadron stationed in Japan. Dan was made a Perpetual Member of the Marianist Spiritual Alliance at the request of Joe and Anne Carlon and Family in 1996.
He is survived by his wife, Sharon L. LaBelle, his daughters, Vickie J. Costello of Johnson, Arkansas, and Shawn L. Hunter of Gentry, Arkansas, and his grandchildren, Danielle D Johnson, Alexander E. Hunter, and Vincent Fendelander, and his great-grandchildren, Daisy Boyer, Conley Johnson, Natalie Johnson, Sophia Fendelander, Aiden Seth Fendelander, and Kensley Fendelander. Surviving siblings include, Ellen Wood West Lebanon, NH, Tim LaBelle Claremont, N.H., Annette Smith, Stetson, Maine, Joan Henault, Claremont, N.H., and John LaBelle, Fulton, Mo. Preceded in death by his parents, Daniel Willard LaBelle, Sr. and Delma (Stone) LaBelle, his stepmother, Mary (Spalding) LaBelle, his brothers, James and Louis LaBelle and his grandson, Seth LaBelle Fendelander.
Dan's wishes were to be cremated. His celebration of life will be held July 24, 2021, at his home in Gentry, Arkansas. Please contact the family if you would like to receive an invitation via mail or electronically at (479)238-3195 or barefootnwa@gmail.com.
Daniel Willard LaBelle. Butch to family. Doc to some. He was a man of many trades, a skillful storyteller, a dedicated husband and father. A valued friend and mentor to multitudes. A lover of the wind. He lived life to the fullest and in his own words "had no regrets." He is missed now and forever. "It is not length of life, but depth of life." Ralph Waldo Emerson.
A special Thank-You to Circle of Life Hospice for their assistance, patience and understanding. Online condolences: www.WestfieldChapel.com