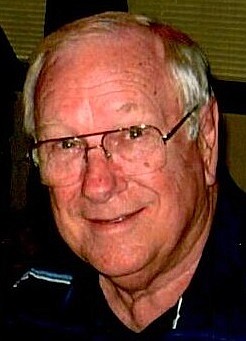 Roy D. Fisher, 80, of North Little Rock passed away on Saturday, May 29th. Roy was born in Little Rock to parents Roy and Maxine Fisher. He graduated from North Little Rock High School in 1959, he attended Henderson State College and also served his country in the Army Reserve. He was a Baptist and attended the Willow Beach Baptist Church.
Roy began his lifelong career in the restaurant business working with his parents. He retired in 2005 after serving wonderful food to the community for many years. In 2021, Roy was awarded the "Gone but Not Forgotten" award from the Arkansas Food Hall of Fame.
Roy always put family first! He was known as "Paps" to his family and "Hon" to Chee Chee. He enjoyed watching his grandchildren and great-grandchildren play sports, hunting with his dad, son-in-laws and grandson. He also enjoyed trips to British Columbia, Colorado, and Wyoming while hunting with his father.
He loved to fish, shoot skeet, play cards, watch his grand- and great-grandchildren play ball, and work in the yard with his flowers. He had a love for animals from his wild squirrels and birds in his yard to his own feline named Bagheera. He won many bass tournaments, including "Mr. Bass of Arkansas" in 1983, and he won too many shooting competitions to count. He was a great storyteller and jokester, entertaining family and friends for hours.
He was a past member of the North Little Rock Road Knights, Benton Bass Club and the Tom Steele Hunting Club.
Roy is preceded in death by his parents; sister, Loretta Johnson; and his niece, Dayna Johnson. Left to cherish his memory is his beloved wife of 60 years, Cecelia (Chee Chee) Fisher; daughters, Babette Baca (Gary) and Kellie Smith (Lance); grandchildren Kelsea Garner (Lynn), Royce Smith (Brenan), Courtney Osborn (Nick), Ashton DeWeese (Mickey); great-grandchildren Preslea and Ellie Garner, Davis and Reid Smith, Wendell Osborn, and Skylar DeWeese.
A visitation will be held from 6-8 p.m., Thursday, June 3rd at Griffin Leggett Rest Hills Funeral Home, 7724 Landers Rd, NLR. Funeral services will begin at 10 a.m. on Friday, June 4th at the funeral home. Pastor Roy Tilley will officiate.
In lieu of flowers, contributions can be made to the Church at Willow Beach, 11200 Hwy. 165, NLR 72117 or North Little Rock Friends of Animals, P. O. Box 1712, NLR 72115. Please share your memories of Roy at www.griffinleggettresthills.com.