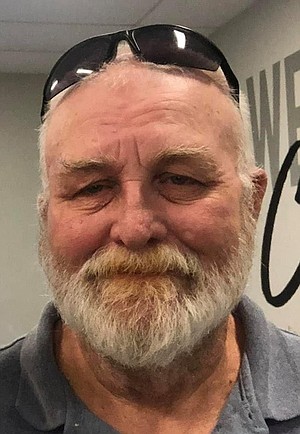 James Theron "Smitty" Smith, age 69, of Redfield, Ark., lost his battle with cancer on Saturday, June 19, 2021, at his home. He was born May 28, 1952, in Paris, Texas, to Loice Otto and Mary Norma Droke Smith. He served his county in the United States Marines from 1969-1976, where he was trained to be a heavy equipment mechanic, which is what he did to make a living after his military service. After being diagnosed in October 2019, he did take treatments for six months. When he was re-scanned in 6 months, the cancer had spread. At that time Smitty decided to live his life on his own terms to live one day at a time and enjoy the time that he was given. Even after being diagnosed with cancer and not being able to hold down a full-time job he still found things to do by fixing on small engines and tractors for friends. This gave him a purpose to fight and live by not focusing on his illness which kept him going longer than the doctors' expectations. He enjoyed using his talents in making something work again that was broken. He was still fixing things up to the week before his death. He felt one of his biggest accomplishments was restoring an old tractor for the Tillman family that was Popa T, and rebuilding his own J10 Jeep truck which had not run in ten years which helped him get back out into the deer woods. He loved the outdoors with fishing for catfish, and deer hunting each year. He served the Redfield community in different capacities such as Alderman, member of the planning commission, volunteering for RAA with the youth sports when his kids were younger, volunteering for a prior mayor as his extra hands to help get things done for the city, and lastly as the street/park superintendent until three years ago. He will be remembered as a hard worker, a man with a big heart willing to help anybody out. He had even made the statement, "I don't know of a person I wouldn't help if I could." He never met a stranger, and loved to talk and socialize. He would meet a group of men early every morning at the local truck-stop where they would drink coffee and shoot the breeze. This group of men are called the "James Gang."
He leaves behind to cherish his memory, his wife, Diann Smith of 47 years; two sons, James Matthew Smith of Tull, and James Thomas Smith, and wife, Chiara of Cabot; one daughter, Amanda Michelle Byer and husband Brant of Washington, D.C.; three grandchildren, Calvin and Daniel Byer, and Thomas James Smith; two step-grandchildren, James and Annalisa; two brothers, Michael Joseph Smith and wife, Ellen of Pa., and Loice Otto Smith and wife, Linda of Illinois; three sisters, Sheila Schryver and Richard, Colleen Dodge and husband Forrest, all of Ariz., and Natalie Bobsin and husband, Gene of Mo.; and a number of other relatives.
The family would like to say thank you for the care Central Arkansas Veterans Healthcare System provided over the years and to the staff of Arkansas Hospice for this past year, they became part of his family.
Celebration of life services will be held Friday, July 2, 10 a.m., at the Family Church, Redfield, with Steve Brickey officiating. Burial with Military Honors will follow in Memorial Park Cemetery under the direction of Fuller Hale-South Funeral Home. The family will receive friends for visitation on Thursday, July 1, from 6 to 7:30 p.m., at the Family Church, Redfield Ark. Online registration is at: www.fullerfunerals.com