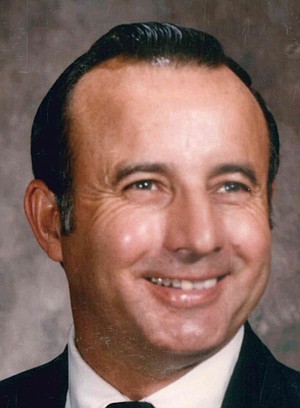 Robert Donald "Don" Hindman, 85, of Sherwood, passed from this life on March 2, 2021, at his home. He was born June 6, 1935, in Jonesboro, Ark., to the late Louis and Imo Lunsford Hindman. Don was a graduate of Arkansas State University with a master's degree in education. He served as a teacher, coach, and administrator, holding the position of superintendent of two different school systems. Don went on to work for the City of Sherwood for twenty-five years, twenty of which were served as director of the Sherwood Senior Citizens Center. Don was a selfless and giving man. He continued to work at the senior center until he was eighty years of age. Don was always an athlete and athletic supporter. He ran track and once held the pole-vaulting record at Arkansas State University for the highest successful jump. He also coached his children on sports teams as the grew up. He also loved fishing, hunting, and spending time with his family at his lake house on Greer's Ferry Lake. Robert was also a man of faith and an active member of Immaculate Conception Catholic Church in North Little Rock. He will always be remembered as a loving husband, father, grandfather, and friend who will be dearly missed by all who were privileged to know him.
In addition to his parents, a son, Robert D. "Robbie" Hindman II and brother, Larry Hindman preceded him in death. Left to cherish his memory are his loving and devoted wife of twenty-six years, Bobbie Hamling Hindman; daughter, Lisa (Gary) Dickens of Sherwood; son, Randy (Shannon) Hindman of Sherwood; grandchildren, Britt (Dustin) Hall, Luke Hindman Savanna Hindman; great-grandchildren, Logan, and Sawyer Hall; siblings, Janice Huffstickler of Des Arc, and Ronnie (Lynn) Hindman of Furlow. Other survivors include stepson, Paul (Rhonda) Dussex of Sherwood; step-grandchildren, Matthew (Elizabeth) Dussex, Andrew Dussex, Katie (Ryan) Harding and step great-grandchild, Dallas Harding along with a host of other family and friends.
Mass of Christian Burial will be 10 a.m., Wednesday, March 10, 2021, at Immaculate Conception Catholic Church with Father John Wakube as celebrant. Interment will follow at Rest Hills Memorial Park. Visitation will be 5 p.m., until 7 p.m., Tuesday, March 9, 2021, at the funeral home with Rosary service beginning at 7 p.m., officiated by Deacon Chuck Farrar. Arrangements entrusted to Smith North Little Rock Funeral Home, 1921 Main Street, North Little Rock, Ark., 72214, (501) 758-1170. Sign Mr. Hindman's online guest register at: www.smithfamilycares.com