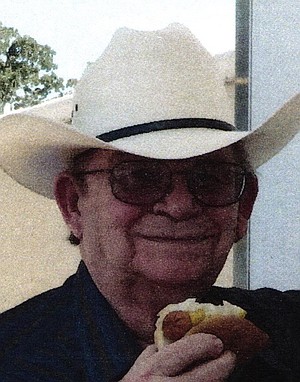 Daniel F. Eaton, 84, of Conway, passed away Sunday, May 2, 2021. He was born November 20, 1936, in Pine Bluff, to the late Daniel F. Eaton Jr. and Mary Huselton Eaton. Daniel attended Watson Chapel schools through ninth grade, then moved to New Mexico and graduated from Gallup High School in 1954. He moved back to Pine Bluff in 1965. Daniel was a brakeman and conductor for Cotton Belt Railroad for 33 years until his retirement in 2000. He served in the U.S. Army for four years then in the Army National Guard for 23 years. Daniel was a member of Green Meadows Baptist Church.
Daniel was preceded in death by his parents; wife, Sheila Williams Eaton, whom he married November 3, 1973, in Pine Bluff, and who passed away January 29, 2013, and sister, Virginia Ricks. Survivors include two daughters, Gwen Styles (Stephen) of Conway, and Debbie Throneberry (Mark) of White Hall, three grandchildren, Tiffany Johnston (John), Joey Styles (Valerie), and Tye Throneberry (Natalie); and seven great-grandchildren.
Funeral service will be 11 a.m., Wednesday, at Ralph Robinson and Son with Rev. Shane Dixon officiating. The service will be live streamed for anyone unable to attend. Burial will be in Graceland Cemetery. Visitation will be 10:30-11 a.m., at the funeral home. Online condolences and live streaming at: www.ralphrobinsonandson.com.