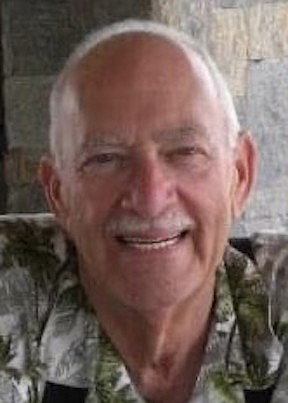 George "Chris" Klingman, age 85, of Rogers died at Circle of Life in Bentonville. He was born July 25, 1935, in ,Joplin, Missouri, the son of Edna Harold and George H. Klingman. He enjoyed being outside in the sun. He loved spending quality time with his family and studying the word of God. After leaving Joplin, and moving to Topeka, he worked for Dr. Dodd for over 12 years starting as a janitor and eventually studying to become an optician. Chris attended Whites Ferry Road School of Preaching, located in West Monroe, Louisiana. After leaving Louisiana, he preached in McCune, Kansas, and Baxter Springs, Kansas. After moving to Arkansas, he worked at the Walmart Vision Center in Rogers for over 24 years.
He was preceded in death by, his wife, Helen Gates Klingman who passed in August 2007; one brother, Johnny Klingman; one sister, Eva Klingman; one grandson, George Benjamin Klingman; one granddaughter, Autumn Klingman; and his parents. Chris is survived by: five sons; Doug Klingman and his wife Monica, of Bentonville, one daughter in law; Sandy Klingman of Seligman, Mo., Gene Klingman and his wife Debbie, of Parsons, Kansas, Jeff Klingman, and his wife Norma, of Rogers, Mike Klingman and adopted daughter in law, Twala Metzger, of Bella Vista, Alex Klingman, of Bayou LaBatre, Alabama, one daughter; Kris Kelley and her husband Kevin, of Memphis, Tennessee, 15 grandchildren, and 13 great-grandchildren.
Visitation will be on Thursday, May 6, from 9:30 until 10:30 a.m., at Bella Vista Church of Christ.
A celebration of Chris' life will begin at 10:30 a.m., at Bella Vista Church of Christ with Randall Casselman officiating. Pallbearers will be: Dean Klingman, Zane Klingman, Mason Moody, Tawnya Klingman, Jason Klingman, and Barry Klingman. Honorary pallbearers are: Ty Douthitt, Kyle Klingman, Steve Kelley, Shawn Kelley, and Ray Mitchell.
Memorials may be sent to, The Church of Donor's Choice. Arrangements by Epting Funeral Home, Bentonville. Condolences: www.eptingfuneralhome.webs.com