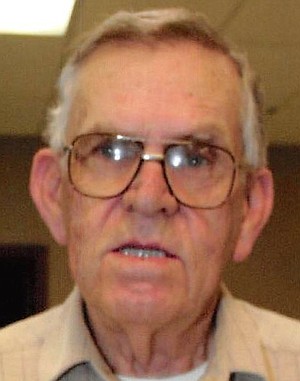 Rudolph Francis Hess Sr., 81, of Searcy, passed away Tuesday, April 27, at Unity Health Medical Center. He was born August 11, 1939, in Texarkana, Ark., to the late Charles and Mamie (DuBois) Hess. Rudolph was a member of St. James Catholic Church. He was a 4th Degree Knight of Columbus. Rudolph was a special minister for the sick. He was a good friend and neighbor. Rudolph was a loving husband, father, grandfather, uncle, and friend who will be dearly missed.
Left to cherish his memory is his wife of 61 years, Laverne Hess; two sons, Rudolph Hess Jr., and Charles Hess; one daughter, Melody Kennedy; eight grandchildren, and ten great-grandchildren; one brother, Richard Hess; two sisters, Dorothy Boeckmann, and Jean Hess; and several nieces, nephews, and friends. In addition to his parents, Rudolph was preceded in death by one son, Keith Hess.
Visitation will be Saturday, May 8, from 9-9:30 a.m., at St James Catholic Church. Rosary service will be Saturday, May 8, from 9-10 a.m., at St James Catholic Church. Mass will start at 10 a.m., Saturday, May 8, at St. James Catholic Church with interment following at the St James Columbarium. All Cremation arrangements have been entrusted to Searcy McEuen Funeral Home. Share A Memory: www.SearcyMcEuenFuneralHome.com