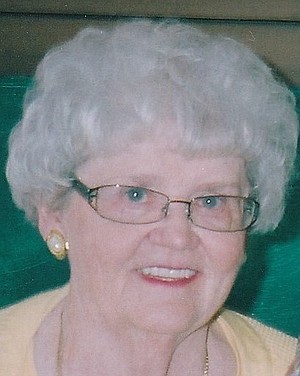 Toka Greigory Beall, 85, of Fort Smith, passed away Saturday, May 1, 2021, in Fort Smith. She was born Jan. 25, 1936, in Van Buren, to Lewis Calvin and Ruby Minor Greigory. She graduated from Van Buren High School in 1954, and began a career in banking at Citizens Bank and Peoples Bank in Van Buren and then City National/BancorpSouth in Fort Smith until retirement. For several years after retirement when she went out to eat, whether in Fort Smith, Barling or Sallisaw, people would come up to her and tell her "I miss you at the bank. You were my favorite teller." She loved God, her church, family, and America. She was a kind and generous person. She never wanted to pass by a panhandler and would say, "One of them may actually need the money." She has been an active member of Fort Smith First United Methodist Church for 65 years. She was a member of The Discussion Sunday School Class and Rebekah Circle; worked on the Evangelism Committee; former member of the Salvation Army Woman's Auxiliary Pilot Club; board member of the Fort Smith Boys Home; member of Project Compassion; and the Arkansas Audubon Society.
Alzheimer's won the first round against her, when it took her short-term memory, but she was victorious in the end.
She was proceeded in death by husbands, Jerry Ray Weaver, and Grady Secret; two sisters, Juanita Wooten and husband Paul, and Wanda Snow and husband Bill; a brother-in-law, Clifford Davis; and a nephew, Lance Manus. She is survived by her husband, Bill Beall of the home; a sister, Ruth Davis, and niece, Brenda Manus, both of Fort Smith; a nephew, David Wooten and wife Carol, and daughter, Gracie of Piedmont, Okla.; a sister-in-law, Martha Sturgeon of California; two stepdaughters, Carol Beall and husband Steven Judd, and Paula Beall and husband Trey Hicks; three grandsons, Ethan Judd, Zachary Coulson and wife Kristen, and Dylan Hicks; and great-grandchildren, Josiah and Finley Ann Coulson.
Memorial service will be 2 p.m., Wednesday, May 5, 2021, at the First United Methodist Church in Fort Smith. A private burial will be at Forest Park Cemetery prior to the service, under the direction of Edwards Funeral Home in Fort Smith. The family will visit with friends from
5 to 7 p.m., Tuesday, May 4, at Edwards Funeral Home, 201 North 12th Street, Fort Smith.
In lieu of flowers, memorial contributions may be made to Fort Smith Boys Home, 5904 South Zero, Fort Smith, 72903; the Alzheimer's Association, 4300 Rogers Avenue, Ste 24, Fort Smith, Arkansas, 72903; or First United Methodist Church, 200 North 15th, Fort Smith, Arkansas, 72901. To place an online tribute, go to: www.edwardsfuneralhome.com