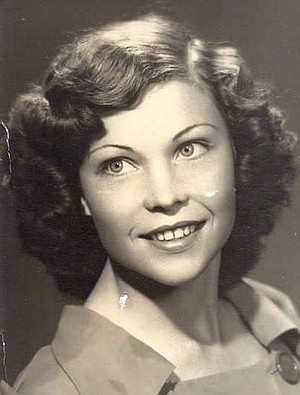 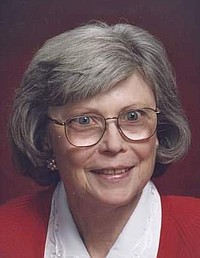 Ozella Bearden Brummett, 90, of Little Rock, a heroic child of the Arkansas backwoods in the Depression, died Sunday. She was the prettiest girl to come out of Howard County, and that's just a fact. She was so meek that her son advised her along the way to get less meek, and she said she couldn't and wouldn't and that her son ought to read the Beatitudes. She was, while meek, a furious and triumphant hoe-wielder when she and her kids ran upon a coiled rattling rattlesnake at dusk one late 1950's day on a trail from the house to the place to slop the hogs. She said she didn't kill the snake, but "hurt it real bad." She was born in 1930 as the second of five children in a tenant farming family in the backwoods near the Burg community on the outskirts of Umpire in northeast Howard County. The family had a net worth of a mule and love. They labored in a hard happy life, walking to a one-room school, digging potatoes, sharing clothes and thanking the Lord for it all every Sunday at the Church of Christ with mournfully joyous a capella renditions of "Leaning on the Everlasting Arms" and "I'll Fly Away."
On Christmas Day in 2010 she accompanied her kids to a matinee of the Coen brothers' version of the film "True Grit." On the way out, tears poured from her eyes. It was, she said, "that song." The film had closed with Iris DeMent's raw performance of "Leaning on the Everlasting Arms." The song had taken Ozella home to the childhood spent in loving happiness, both as it happened and again as her mind lived in it in her last few years. In 1952, Ozella broke hearts for miles around when she said "yes" to the marriage proposal of J.T. Brummett from another tenant farm family not so far away. J.T. had come back from Marine combat in Okinawa, and followed a sister to Little Rock, and that's where he brought his new bride. They lived in an apartment on East Capitol Ave. about where Interstate 30 would soon run. In December 1953, a newspaper columnist named Johnny Ray was born to them, and, in July 1955, a precious and loving and master's degree daughter named Judy Kay came along.
In the nursing home beauty pageant in 2017, when she was named first runner-up and absolutely robbed, she said "being a good mother to these kids" was her life's ambition and that "house work" was her greatest joy.
She achieved her ambition and kept a sparkling home until Alzheimer's left her unable. She also worked outside the home in department store retail. She also spent years babysitting because people saw that she could be fully trusted with their most precious things. She always said she never wanted "to be a burden" to her kids. She never was. The long-term care insurance policy she bought as a new widow 30 years ago, unbeknownst for years to her kids, was uncommonly comprehensive.
J.T., with his history of Okinawan Marine combat and running a one-man rural garbage route by day and working at a Nabisco cookie warehouse by night, is the more commonly referenced hero of family lore. But it was Ozella who protected and nurtured the kids while J.T. was necessarily away.
She is survived by that son, John Brummett of Little Rock; a daughter, Judy Brummett of Little Rock; a daughter-in-law, Shalah Crenshaw Brummett of Little Rock, and numerous beloved nieces and nephews and friends and admirers. She was preceded in death by her husband, John T. Brummett; her parents, Archie and Stacy Bearden of Dierks, and all her siblings, Norene Roberson of Dierks, Burley Bearden of Bryant, Eunice Quinn of Pine Bluff and Conway, and Archie Jr. of Dierks.
There will be a graveside service at 10 a.m., Friday, May 21, at Forest Hills Cemetery off County Line Road on Highway 5 at Alexander. Ozella will be laid to rest beside J.T. Ozella's beloved nephew, David Bearden, the one she once hauled to Sunday services, now a Church of Christ minister, will officiate. Roller Chenal Funeral Home of Little Rock is handling arrangements. Online guestbook: www.rollerfuneralhomes.com/chenal