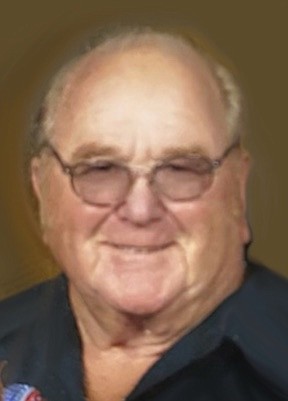 John Preston Brown, 89, of Cabot, passed away November 5, 2021, at his home. He was born July 22, 1932, in Doddridge, Ark., to the late Barney and Grace Brown. In addition to his parents, John will be welcomed into Heaven by his wife of sixty-two years, Mary Maureen Brown; son, Lt. Col. (Ret.) Preston Barney Brown; sister, Barbara A. Gibbs; and brother, Thomas Bryant Brown. John grew up in Doddridge and proudly served his country in the United States Air Force for thirty years. In 1952, while stationed at RAF Burtonwood in England, he met his wife, Mary. After retirement, John and Mary settled in Cabot, Arkansas, where they became active members of St. Jude the Apostle Catholic Church. He was also a fourth degree Knights of Columbus member and will be missed by many family and friends.
Those left to cherish John's memory includes his five daughters, Maureen (Lanny) Hall of Austin, Texas, Grace (Matt) Carmichael of Decatur, Alabama, Jane Brown of Cabot, Arkansas, Paula (Gary) Price of Jacksonville, Arkansas, and Amy Brown of Cabot, Arkansas; eleven grandchildren; and eleven great-grandchildren, with one on the way.
A Mass of Christian Burial will be 10 a.m., Thursday, November 11, 2021, at St. Jude the Apostle Catholic Church, officiated by Father Martin Siebold. Visitation will be an hour prior, 9 to 9:30 a.m., Thursday, November 11, 2021, with a Rosary service beginning at 9:30 a.m., all at the church. Burial will be 10 a.m., Friday, November 12, 2021, at Arkansas State Veteran Cemetery in North Little Rock. Arrangements by Moore's Jacksonville Funeral Home, 501-982-2136.