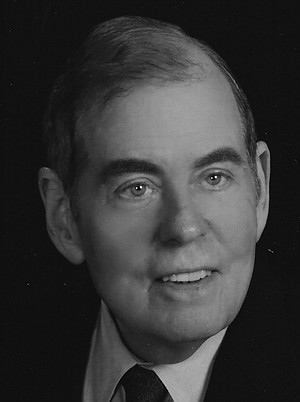 John H. Barcroft, 83, died November 8, 2021, in Fayetteville, after a brief illness. Dr. Barcroft graduated from Brown University and earned a doctorate in history from the University of Minnesota. He taught at the University of Washington, Seattle, and at Wheaton College, Norton, Massachusetts. He was subsequently Provost of New College, Sarasota, Florida. Most of his professional career was in management of the grant-making, administrative and financial operations of public and private foundations. He served in three of each: the National Endowment for the Humanities, National Science Foundation, National Institute of Education, Kemper Foundation, the Spencer Foundation and Carnegie Foundation for the Advancement of Teaching. At the National Endowment for the Humanities, he conceived and led in the establishment of state-based grant-making organizations in all 50 states, realized in Arkansas as the Arkansas Humanities Council. For this and other programs he received the Arthur Fleming Award for distinguished public service.
At the Kemper Foundation in Chicago, he supported over 30 colleges and universities, and mentored over 200 college undergraduates in the Kemper Scholars program. He also served as Vice-Chair of the Donors Forum of Chicago, the Chicago-area association of private and corporate foundations. At the Carnegie Foundation he managed the relocation to California, restructured its administration and oversaw the construction of its new headquarters in the hills over the Stanford campus. Dr. Barcroft was born in Memphis but spent many of his childhood summers with family in Arkansas. In 2003 he retired to Fayetteville, where he had owned farmland for over 20 years. He was a member of St. Paul's Episcopal Church.
He is survived by a nephew and niece. The family requests that memorials be sent to St. Paul's Episcopal Church, 224 N. East Street, Fayetteville, Ark., 72701, or Willard Walker Hospice Home, 325 E. Lakeview Street, Fayetteville, Ark., 72703. To leave an online tribute, please visit: www.bernafuneralhomes.com