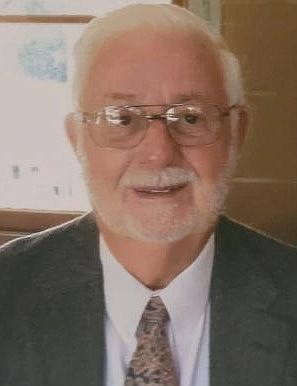 Carl Lynn Lacy, 87, of North Little Rock, passed away November 23, 2021. Carl was born March 11, 1934, in Mattoon, Illinois. Carl was preceded in death by his parents, Lynn and Alice Lacy; sister, Shirley Norviel; and brother, Dick Lacy. Carl is survived by his wife of 65 years, June Disinger Lacy; brother, Ron Lacy; children, Jo Carol Black (Terry) and Chris Lacy (Kim); grandchildren, Austin Black (Courtney), Christin Black, Caitlin Black, Ella Kate Lacy, and Emma Claire Lacy; and several nieces and nephews.
Carl graduated from high school in 1952 in Caruthersville, Missouri, and Arkansas State University in 1956, where he met his wife. He was a member of Sigma Pi Fraternity where he served as Treasurer. While in college, he received an award for "Who's Who Among Students at American Universities and Colleges." Carl participated and lettered in track while at the University. He was also a member of the ROTC where he received a commission as a 2nd Lt. After college he served two years in the Army, stationed at Ft. Riley, Kansas. Carl and June moved to North Little Rock in 1958, where he worked as a CPA for Gaunt & Co. for over 50 years.
Carl was extremely active in the lives of his children and grandchildren. He enjoyed hunting and being outdoors, especially at the "H & L Duck Club." Carl was a loyal ASU football fan and attended every home game. Carl was a member of Lakewood United Methodist Church in North Little Rock, Arkansas.
Funeral services will be held at Griffin Leggett Rest Hills Funeral Home in Sherwood, Arkansas, on Saturday, November 27, 2021, at 2 p.m. Interment to follow. In lieu of flowers, memorials may be made to Gardner Memorial United Methodist Church Food Pantry, 1723 Schaer, N.L.R., Ark., 72114, or ASU Foundation, P.O. Box 1990, State University, Ark., 72467.