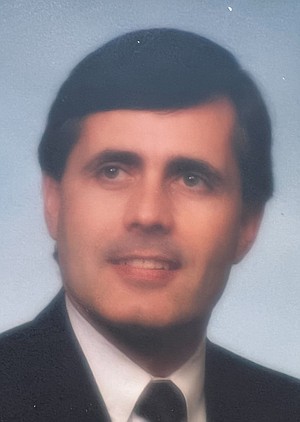 David Michael "Mike" Fisher, 70, of Sherwood Arkansas, went to be with his Lord unexpectedly on Saturday November 20, 2021. He was born on May 30, 1951, in Albuquerque, New Mexico. He was a graduate of the University of Arkansas where he was a member of Sigma Phi Epsilon fraternity. He served his country as a pilot in the U.S. Air Force before starting his career as an investment broker for many years. He was a member of Fellowship Bible Church of Little Rock. He was a very skilled wood worker, and could fix just about anything. He was always willing to use these skills to lend a helping hand to family, friends, and neighbors in need. Also an avid golfer, he could be found on the golf course on many Friday afternoons playing with family and friends, never missing an opportunity to "humbly" remind them of his epic hole in one.
He was a beloved and devoted husband, dad, and grandfather. He found his greatest joy in being "Papa" to his grandsons, Sawyer and Sutton, always making the most fun of every moment with them. He never said no to a bike ride to all of the parks in the neighborhood, a swim in the backyard pool, or a sleepover where homemade ice cream and brownies were always included.
He was preceded in death by his grandparents, Eugene Sr. and Beulah Fisher; parents, Eugene Fisher Jr. and Grace Fisher. He is survived by his wife of 48 years, Mary Jane Fisher; son, Ryan Fisher (Fiancé Melissa Davis and daughter Lindsey); daughter, Kelley Sullivan (Matt); and grandsons, Sawyer and Sutton; brother, Stephen Fisher (Sharon); special nieces, Greta Adams (Charles), Naomi Emory (Steven), and Ruthi Adams, as well as a host of other treasured family and friends.
A Celebration of Life will be held Friday, December 3, at 11 a.m., at Fellowship Bible Church in West Little Rock. Visitation will be held one hour prior at 10 a.m. Visit: www.smithfamilycares.com/sherwood for the online guestbook.