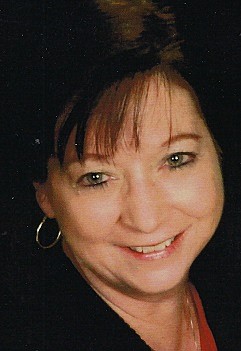 Barbara Elaine Williams Copeland, age 62, passed away on September 27, 2021. Born on January 3, 1959, she was the daughter of the late Clara B. and Robert A. Williams of North Little Rock, Ark., where she spent her formative years. A member of First United Methodist Church, she was a lifelong resident of Arkansas, living the last 11 years in Heber Springs.
Upon graduation from NLR Ole Main High School, Barbara worked and retired after 33 years from AT&T, formerly Southwestern Bell Telephone Co. She formed many lasting friendships throughout her career serving as Vice President of her Union, CWA Local 6508. She later worked as a CNA for Kindred Hospice until 2019, when her own illness no longer allowed her to continue the work she loved.
Barbara loved to garden and took great pleasure in seasonally decorating her outdoor spaces as well as her home for her grandchildren and other family to enjoy. She loved her work and her home, but her greatest pleasure in life was spending time with her three grandchildren whom she adored. Always a stern taskmaster, but with a soft heart of gold, her daughters and grandchildren were her joy.
Barbara leaves behind to cherish her memory two daughters, April Copeland and Ashley Copeland (Thomas Steffens); her granddaughters, Maddison and Grace, and grandson, Hayden, all of Heber Springs. She is also survived by her brothers, James (Heidi) and Terry Williams of Little Rock and Fayetteville, respectively; her best friend and co-worker, Vickie Birdsong of Paducah, Ky.; and many cousins, nephews, and nieces too numerous to name.
The family wishes to thank Dr. Balan Nair and the medical staff of CARTI Cancer Center for the excellent and compassionate care that Barbara received during her two-and-a-half-year cancer battle. In addition, our thanks to Kindred Hospice who helped care for Barbara in her final Days.
Visitation will begin at 1:30pm, Friday, October 1, 2021, at Smith North Little Rock Funeral Home, 1921 Main Street, followed by a memorial service at 2:00pm.
Due to COVID-19 masks are encouraged. At Barbara's request, a private graveside service for family members only will follow the service.
Memorials in Barbara's memory may be made to CARTI Cancer Center, 8901 Carti Way, Little Rock, Ark. 72205.
Online guestbook: www.smithfamilycares.com