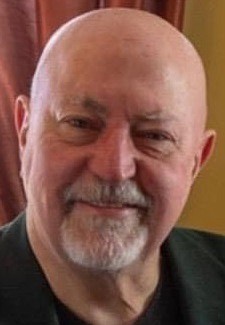 Dr. Mike James, 75, of Searcy, Ark., died Saturday, October 9, 2021. Mike was born September 24, 1946, in his hometown of Kennett, Mo. Mike was a retired Distinguished Professor of Communication at Harding University and an elder at the College Church of Christ in Searcy.
Mike was preceded in death by his parents, Jesse Ransom and Lona Mae James; and a grandson, Jesse James.
Mike is survived by his wife, Beth; and children, Jennifer Green (Aaron) of North Richland Hills, Jeremy James (Jennifer) of Searcy, Jessica Collins (Cliff) of Searcy, and Jonathan James (Jenna) of Tulsa. Mike is also survived by nine grandchildren: Grace, Susannah and Parker Green of North Richland Hills, Jonas James and Ella Kate and Cora Collins of Searcy, and Jasper, Jethro, and Josiah James of Tulsa.
Mike graduated from Harding College in 1973. In 1984, Mike received the MSMC degree from Arkansas State University, and he received his Ph.D. from Florida State University in 1992.
Before his retirement, Mike was a professor at Harding University for 47 years and served as campus photographer, chairman of the Department of Communication, Dean of the College of Communication, and Dean of the Honors College. From August 2010 through December 2015, Mike and Beth were resident directors at the Harding University Greece program where they helped establish a new church facility in Elleniko. In 2007, Mike held the title of Distinguished Professor of Communication at Harding University.
Mike leaves behind a strong legacy in higher education and a life spent in service to God and others.
Burial will be at 2 p.m. on Saturday, Oct. 16, 2021, at Oak Grove cemetery in Searcy, followed by a 3 p.m. service at the College Church of Christ in Searcy. Memorials may be made to the Mike and Beth James Scholarship Fund at Harding University, Box 12238, Searcy, Ark. 72149. Arrangements entrusted to Powell Funeral Home, Searcy. www.powellfuneralhome.net.