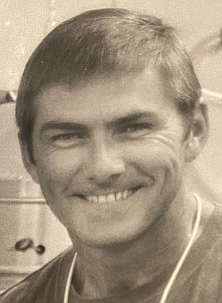 Thomas (Tom) Jewell Freeman, Jr., age 88, passed away September 17, 2021 at Lenoir Woods in Columbia, Missouri. Tom was born in Miami, Fla., on September 30, 1932 to Tommy and Ethel (Bell) Freeman. He was raised in Hot Springs, Ark., and was married to and is survived by his wife of 66 years, Peggy Holt Freeman. Tom and Peggy were active members of Fairview United Methodist Church for many years. There will be a family graveside service at the Holt cemetery in Arkansas.
On the tail end of a hard-scrabble childhood in Hot Springs, Tom joined the United States Marine Corps when he was 17 and served in the Korean War. After the war the G.I. Bill sent him off to college at the University of Ark.. He decided on pursuing a degree in geology and graduated from the University of Arkansas. with a BS and MS in geology, followed by a Ph.D. in geology from the University of Texas.
Tom was hired by the University of Missouri in 1962 on a short term teaching assignment, and then after a brief stint back in Arkansas working for the Arkansas Geologic Survey he was offered a full time, tenure-track position back at Mizzou in 1964. Tom retired from Mizzou in 1999.
Tom's career was always a source of both welcomed challenges and enormous fulfillment in his life. He was Chairman of the Geology Department for many years, and he did an extensive amount of teaching and field work in Spain - including teaching at the University of Madrid (in Spanish) in 1969/70 and leading a group of geologists for the Geologic Society of America through Spain in 1971. His published research on his work in Spain earned him an international award in London from the Society of Economic Paleontologists and Mineralogists.
Additionally, he was the resident geologist at the West Indies Marine Biology Lab on St. Croix, Virgin Islands; he worked on the Glomar Challenger Deep Sea Drilling Project Leg 44; he was the Director of the Mizzou geology field camp (Camp Branson) in Wyoming numerous summers; and he is the author of three student laboratory and field manuals that are still in publication.
But no aspect of Tom's career was as important to him as the student. He truly loved his students and teaching. Tom was the recipient of many teaching awards at Mizzou including the Curator's Distinguished Teaching Professor Award, the MU Alumni Association Distinguished Faculty Award, and the William T. Kemper Fellowship for Teaching Excellence Award. At the national level Tom received the Neil Miner Award from the National Association of Geoscience Teachers. He was sustained for many years after his teaching career had ended by the many students that would see him around (one as far away as Barcelona) and approach him on the street and tell him "you were the best teacher I ever had."
Tom was the first in his family to get an advanced degree and he came to view education as critically important at all levels. The education that the G.I. Bill afforded him allowed him to touch many lives and enjoy countless experiences and adventures that couldn't have otherwise been possible.
Outside his busy career Tom enjoyed playing racquetball and his many rides on his BMW motorcycle (one with Peggy on the back touring Europe). His sabbaticals and extensive travels were often shared with the family. Other activities he enjoyed with his two boys were playing ice hockey at the ICE Chalet and playing banjos in Mountain View Ark.. He delighted in spending time with his three grandsons who became tiger fans and lovers of Columbia's Booche burgers.
Above all else Tom was a truly beloved husband, father, grandfather, friend, and role model.
Tom is also survived by his son, Tom, and wife Dawn of Greenville, S.C., and her daughter Hartley (Chad); son, Rob and wife Nancy of Overland Park, Kan., and their three sons Thomas (Kelsey), Scott (Jess), and Jack; his sister, Shirley Boyajian; and brother, Bob Freeman of Hot Springs, Ark.; nephew Steve Boyajian (Julie) of Nashville, Tenn.; and brother-in-law, Jack Holt, Jr. (Jane) and his daughters Kelley and Candace (David) of Little Rock, Ark.
You are irreplaceable TJ!!!
Donations can be made to:
The University of Missouri
memo: Freeman Student
Scholarship Fund
Department of Geological Sciences
Attention Marsha Huckabey
101 Geology Building
Columbia, Mo. 65211
Hospice Compassus
3050 Interstate 70 Dr. SE,
Suite 100
Columbia, Mo. 65201