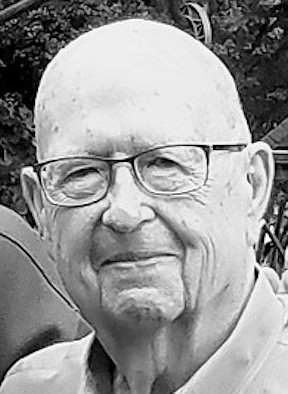 William Henry "Bill" Eldridge, made the final entry in his Book of Life on October 11, 2021. Bill was born in Little Rock on February 10, 1934, to Carl A. and Joan C. Eldridge. He was raised in Little Rock and graduated from Little Rock Senior High School in 1951. After attending Little Rock Junior College for three semesters, he joined the United States Army and proudly served for three years (1953-1956), including a tour of duty in Korea and obtaining the rank of Sergeant. His military duties included Radio Teletype, Morse Code, Cryptology Operations and Air-Ground Liaison Operations.After military service, he graduated with honors from the University of Arkansas on January 24, 1959 with a B.A. Degree in Accounting. He became a Certified Public Accountant on February 27, 1961, and practiced public accounting for the remainder of his life. He was a life member of the Arkansas Society of Certified Public Accountants.
He was preceded in death by his wife of 60 years, Mary Frances, his parents and his loving grandmother, Alma Eldridge, who raised him. He is survived by his sons, Bernard M. of Little Rock and William E. (Kelly) of Benton; daughter, Cynthia F. Davis of Seattle, Washington; grandchildren, Matthew Eldridge (Rachel), Nathan Eldridge, Geoffrey Davis (Maria), Genevieve McCoy (Colton), and four great-grandsons.
Bill was faithfully dedicated to the Catholic Church. He converted to the Catholic Church while attending the University of Arkansas. He served St. Theresa's Catholic Church for many years on the Finance Council and the Building Committee that built the new church on Baseline Road. Bill and Fran moved their membership to the Cathedral of St. Andrew, where he served as accountant for the parish and on the Finance Council under the pleasure of Father Matt Garrison and Father Jack Vue. He worked closely with Father Joseph Chan on financial matters of the parish until his illness prevented him from continuing.
Bill's favorite hobby was passenger trains. He, together with several friends, operated "Hogtrain," carrying Razorback fans to football and basketball games in Texas. The group also ran special private trains to the Sugar Bowl and Liberty Bowl to see the Razorbacks play. He and Fran traveled extensively by Amtrak and VIA Rail Canada across the United States and Canada. He also enjoyed many camping trips with his family to Colorado and Arkansas State Parks, and many White River float trips trout fishing with family and friends. In his last few years, he enjoyed fishing for lunker German Brown trout with his friend, Kirk Furr.
Visitation will be Friday, October 15, beginning at 5 p.m., followed by the Rosary at 7, at Smith Little Rock Funeral Home, 8801 Knoedl Ct. The Mass of Christian Burial will be celebrated on Saturday, October 16, at 9:30 a.m., at the Cathedral of St. Andrew, followed by burial at Calvary Cemetery. In lieu of flowers, memorial contributions may be made to the Cathedral of St. Andrew, https://cathedralsaintandrew.org/. Online guestbook at: www.smithfamilycares.com.