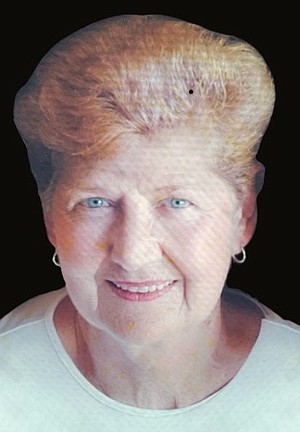 Reba Evans, 79, of North Little Rock, peacefully passed away on October 25th, 2021, in Searcy, Ark. Reba was born in North Little Rock on January 23, 1942, to the late Bertram and Artie Henson, the youngest of seven children. She graduated from North Little Rock High School in 1959 and attended yearly reunions with her classmates. After graduation, she went on to work in the banking business before taking time off to raise her daughters. Reba joined the Arkansas Insurance Department in 1987 and found not just coworkers but friends and a second family. She retired in 2015 ,but continued to have regular lunch dates with them. Reba attended Immaculate Conception Catholic Church in North Little Rock.
Reba loved watching and following sports, whether it be Razorback football and basketball or any major league baseball team. This love sparked an desire to visit as many stadiums across the country, and traveling with her job allowed her to do so. Reba spent her free time with her family along with her many friends. She loved annual beach vacations with her girls and their families because being a mom and grandmother was her greatest joy. The loss of her is deeply felt by many and she is greatly missed.
Reba is preceded in death by her brothers, Gerald (Hank) Henson and Ozell Henson; and her sisters, Juanita Meeks, Betty Sue Henson, and Mary Grogan.
Reba is survived by daughters Robin Huggins of Fayetteville, Ga., and Angie Jordan of Searcy, and their husbands Darwin and Jay; her sister and brother-in-law, Martha and Ray Conrade of Jacksonville; her grandchildren, Drew Huggins, his wife, Mary Kathryn, Grace Huggins, Will Jordan, and John Jordan; her great-grandchildren, Brooks and Aiden Huggins. She also leaves behind many nieces, nephews, and their families whom she loved dearly.
Funeral mass will be held at 10 a.m. on October 29, 2021, at Immaculate Conception Catholic Church, 7000 John F. Kennedy Boulevard, North Little Rock. The visitation will be held from 9-9:45 in Immaculata Hall before the funeral mass at 10 a.m. A private, family burial will be held at Mayflower Cemetery.
Memorials may be made to the Alzheimer's Association of Arkansas, Sherwood Human Society or the church/charity of your choice. Sullivan Funeral Care of Kensett has been entrusted with arrangements. Online Condolences: www.SullivanFuneralCare.com