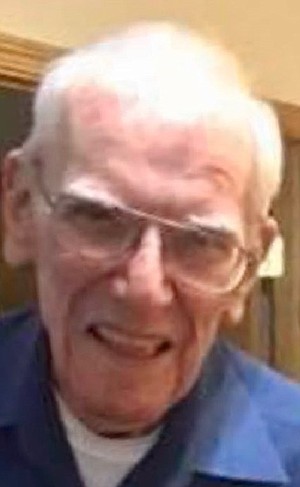 Kenneth E. Manion of Beebe, Ark., passed away September 11, 2021, at the age of 95. Kenneth was born in Ward and grew up in Lonoke, Ark.
He was preceded in death by his parents, John B. and Mamie Webb Manion; his brother, Jerry Manion, his brother Doyle Manion; his sister, Opal Coleman; and his nephew, Dr. Jerry Manion.
Kenneth served in the United States Army in the years directly following World War II in an armored tank division. Following his time in the military, he served as a civilian contractor.
Kenneth is survived by his wife, Juanita, and her children; his daughter, Gisela Allen and her husband, Jim; his grandchildren, Ryan and Janet Allen, and Cari and Tate Rector; five of his favorite people, his great-grandchildren: Gracie and Ellie Allen and Brody, Reed, and Gus Rector; his nephews, Dickie Manion and Johnny Manion and a special first cousin Melba White and her husband, Don.
Graveside service will be held at Lonoke Cemetery at 5pm on Thursday, September 16, 2021.
Kenneth's family would like to thank Arkansas Hospice for their care and support as well as the Veterans Administration.
Arrangements by Boyd Funeral Home, Lonoke. www.boydfuneralhome.net