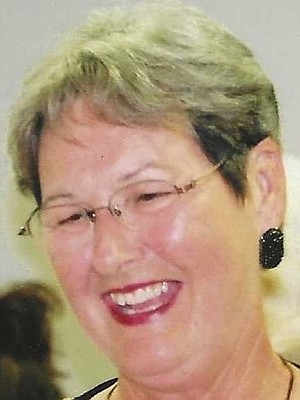 Dolly Forbush, 84, of Little Rock passed from this life on April 4, 2022. She was born September 13, 1937, in Kirby, Ark., to the late Windell Wade and Jessie Altona (Brown) Neeley. She was a 1955 graduate of Central High School in Little Rock.
Dolly spent many hours volunteering in her community assisting the nuns at her church, delivering meals to shut-ins, and the poor or working at the Dorcas House. In the 1980s she was a fierce advocate for AIDS research and prevention, as well as being a supporter of the local gay community. Although she loved serving her community, she was always happiest spending time with and caring for her family. One of her favorite pastimes was spending time at the creek with her family.
In addition to her parents, Dolly was preceded in death by her husband of 61 years, Wallace Edward Forbush; and a son, Patrick Allen Forbush.
Survivors include her son, Michael W. Forbush (Michele); grandchildren, Nicholas (Amanda), Tandra, and Michael A. (Amber); great-grandchildren, Alyssa, Trenton, and Hailey. Other survivors include a sister, Waydean O'Bryan; along with a host of extended family and dearly loved friends.
Funeral services will be 11:30 a.m. Wednesday, April 13, 2022, at Smith Little Rock Funeral Home Chapel. Dolly will be interred at the Arkansas State Veterans Cemetery with her husband. Visitation will be Tuesday, April 12, 2022, from 6-8 p.m. at the funeral home.
Arrangements by Smith Family Funeral Home: Little Rock, 8801 Knoedl Court, Little Rock, Ark. 72205, (501) 224-2200. Sign Dolly's online guestbook at www.smithfamilycares.com