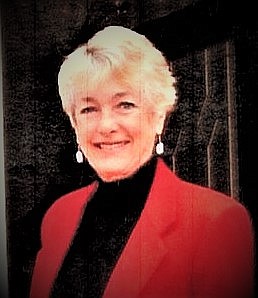 Lynn Lapsley Jordan, age 84, of Hot Springs Village passed away 4 August 2022. Lynn was born at Walter Reed U.S. Army Hospital in Washington, D.C. on 28 July, 1938, to the late Major General William W. Lapsley and June Louise English Lapsley.
Survivors include George William Jordan Jr., her husband of 64 years; their daughters, Lene' Jordan of Jackson, Wyo., and Michelle Jordan Carpenter of North Hills, Calif.; great-grandson, Porter Brackin, and grandson, Ben Brackin of Mission Viejo, Calif.; great-granddaughter, Ceyla Brackin, and grandson, Cal Brackin of Westminister, Colo.; granddaughters, Austin Carpenter and Ellodee Carpenter, both of North Hills, Calif.; and Lynn's younger sister, Kim Muir, who lives in Los Angeles, Calif.
Following the conclusion of World War II, Lynn's father, a West Point graduate, returned from Europe to continue his U. S. Army career in the United States with his family. Tragically, Lynn's mother, Junie, succumbed to cancer in 1952. In 1953, Lynn's father, Bill, subsequently married Vivian Visart Lynn, originally of Little Rock. Military orders sent the extended family of seven to Yokohama, Japan, in 1954 with Lynn making a brief stop at Little Rock Central High School in route. Lynn graduated from Yokohama American Schools in 1956, and subsequently enrolled In the University of Arkansas where she pledged Kappa Kappa Gamma. She was introduced to George by his roommate, Barry Switzer.
In 1958, Lynn became an American Airlines stewardess based in Tulsa. With Jim Van Dover of North Little Rock serving as George's best man, Lynn married George on January 23, 1959. They lived in Fayetteville until George's U of A graduation in May, 1959, and she immediately began a 28-year adventure as an Army wife, initially assigned to Fort Hood, Texas. Three months later, Infantry officer schooling began at A. Benning, GA- followed by helicopter flight schools at Camp Wolters, Texas, and A. Rucker, Ala., in preparation for eventual assignment within the United States Army Europe in Furth, West Germany. Lynn, in addition to making a home in each of these destinations, delivered her firstborn, Lene'. at Camp Wolters. Later, somewhere over Northern West Germany, George received an in flight radio message that Lynn's second child, Michelle, had been born at the Numberg Army Hospital.
Enduring her husband's standard deployments to Vietnam and "keeping the home fires burning", as head of household with two young daughters. Lynn entered the working world in the mid-seventies as a totally untrained and inexperienced, but highly personable, dental assistant. In subsequent years, Lynn proved her worth as an employee of H & R Block, in women's clothing sales, in Garmel and Big Sur, Calif., fine art studios, and as a real estate agent in California, where she distinguished herself by passing the California Real Estate licensing exam on her first try; not, she learned, a routine occurrence. In her spare time, she traversed from not being able to jog 200 yards to completing three marathons. In addition, she worked diligently to become an accomplished golfer, an interest stimulated by her multi-year engagement as a scorer in the Bing Crosby Pro-Am golf tournament centered on Pebble Beach Golf Links of the Monterey Peninsula, Calif.
Summer weeks were occupied with driving her daughters to golf tournaments; a labor of love and commitment resulting in college golf scholarships for both daughters.
Lynn declared her profession of faith in Jesus Christ and was baptized In the First Baptist Church of Fayetteville. Her contagious happiness and always pleasant demeanor fostered leadership. At the Yuma Proving Grounds, Ariz., she headed up both the Officers Wives' Club and Children's Sunday School. Sensing the overall decline in her father's health following Vivian's death, she personally orchestrated his relocation from Hilton Head, SC to the USAA Towers in San Antonio, Texas. She spent many months with him until his passing. In coordination with her step brother, Jon Lynn, also a West Point graduate, a beautiful funeral was conducted at Arlington National Cemetery. In the same manner, as a red coated hospitality representative at the Monterey (Calif.) Regional Hospital, she diligently delivered newspapers to every patient, every day.
While living in Carmel Valley, Calif., in 1990, Lynn began to experience cognitive failures commonly associated with dementia. After moving to Arkansas in 2007, Lynn was diagnosed with Alzheimer's by UAMS. Over the 32-plus years that Lynn had this condition, her symptoms worsened at an unusually slow rate, but never stabilized nor improved in spite of treating the condition with available therapies, a heartbreaking but not unusual situation. During all those years, Lene' and Michelle were always there to count on, and over Lynn's final months, their acquired nursing skills kept her alive longer than anyone projected. Assisting them mightily were Nurses Lynn Burks, Evelin Tobar, Misty Lewis, and Deanna Sobus of Elite Hospice, Hot Springs; and caregiver-special friend Willy Northern of Right at Home (In Home Care & Assistance).
A funeral service at CedarVale Chapel will be 10 a.m., Friday, August 12, 2022. Lynn will be laid to rest in the Cedarvale Cemetery, Hot Springs Village, Ark., immediately following. Online tributes are available at www.CedarValeFuneralHome.com