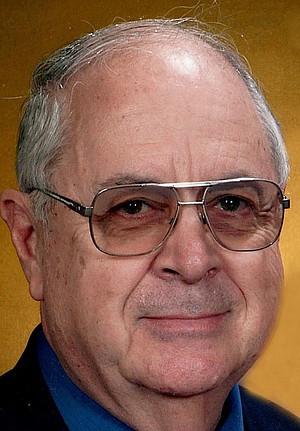 William P. "Bill" Boyer, Jr., age 81, of Dodgeville, passed away on Friday, January 7, 2022, at Bloomfield HCR following a long illness. Bill was born on February 23, 1940, in Little Rock, Ark., to William Sr. and Irma (Little) Boyer. He received his Bachelor's Degree in Agriculture from the University of Arkansas in Fayetteville, Ark., and his post graduate work in Plant Pathology was completed at Oregon State University at Corvallis, Ore. He married Martha Ortiz in Monterrey, Mexico, on June 15, 1962. His knowledge of agriculture and plant pathology took Bill and Martha and four month old Edward to the pineapple plantations of Lanai, Hawaii, as his first job with Dole Pineapple Company. His interest in science and food technology led Bill to work as a consultant with USAID in Montevideo, Uruguay. This assignment gave Bill, and sons, Edward six and Roger three the opportunity to become fluent in Spanish during their four year stay in Uruguay. After returning from South America, the family settled in Schaumburg, Illinois. After Edward and Roger graduated from high school, Bill's interest switched to international quality control of imports, working with olives, mushrooms and fish. This job took him to Italy, India, Thailand, China, and South America.
In 1995, Bill and Martha retired to Dodgeville, Wis., and found a new opportunity. Volunteering to serve the Hispanic Community. Bill developed a simple Spanish language vocabulary for the dairy owners to use with their Hispanic workers in the area. Interpreting at the schools, hospitals and social service agencies became part of his daily retirement life. Both Bill and Martha are active members of the Dodgeville United Methodist Church.
He was preceded in death by his parents, William P. Boyer and, Irma Little Boyer, who passed away at age 109, in December of 2019. Bill is survived by his wife, Martha of Dodgeville; two sons, William Edward (Lisa Lewis) Boyer of Rockport, Texas, and Roger Lewis Boyer of Raleigh, N.C., four grandchildren, Deanna, Colton, Michael and Steven; a sister, Jane (Curtis) Shipley of Fayetteville, Ark., as well as many friends.
In lieu of flowers, memorials to the Dodgeville United Methodist Church, 327 N. Iowa St., Dodgeville, Wis., 53533, would be greatly appreciated.
The Lulloff-Peterson-Houck Funeral Home, Dodgeville is serving the family. Online condolences may be made at: www.houckfuneralhomes.com.
Lulloff-Peterson-Houck Funeral Home Dodgeville, 608-935-3628.
www.houckfuneralhomes.com