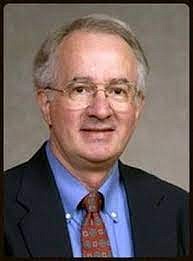 Donald Paul Diffine, passed from death to life on August 29, 2022. Arriving in 1942, Don was the youngest of six West Coast siblings born to E.W. Diffine, Sr. and Lucille Rose Diffine in Long Beach, Calif.
Wed to Dion Lucille Hillman of Kailua, Hawaii, in 1964, Don and Dion celebrated their 58th Anniversary on August 8th. Dion was indeed his North Star. Don gave his heart to Jesus—that made him an Organ Donor. He was baptized into Christ as a young adult shortly after his marriage. Into their marriage came a son, David Arthur Diffine, who grew up to become a physician in family medicine and emergency medicine, and then daughter, Danielle Renee Cordell, a senior accountant. Later, grandchildren, Katie Elizabeth, Ridge Tyler, Lillie Ann, and Piper Dion rounded their family circle.
A former United States Air Force Captain and Squadron Commander, serving his country during the Vietnam Era. Diffine's formal education includes a Bachelor's Degree in Economics from California State University at Long Beach, Master's Degree in Economics from St. Mary's University, Texas, and a PhD from the University of Mississippi. Don was Chair of the Economics Program and Founding Director of the Belden Center for Private Enterprise Education at Harding University College of Business Administration (COBA) where he served for 45 years. He published the Belden Center Entrepreneur, a quarterly journal addressing contemporary economic issues from a moral perspective.
The Senior Research Associate of Harding University's American Studies Institute, Don had 11 books and about 30 monographs in print. Don provided Congressional testimony on business problems, economic impact statements, and inflation-recession dilemmas. A long-serving member of the Governor's Council of Economic Advisors through three administrations, he also served on the Board of Directors of the Arkansas Council on Economic Education. He was listed in the Heritage Foundation's Annual Guide to Public Policy Experts.
As a member of the International Platform Association and as a "stand-up economist," Don spoke for decades, especially in the Mid-South, to conventions, management clubs, stockholder's meetings, trade associations, chambers of commerce, graduations, award banquets, and fundraising events. The recipient of 17 Freedoms Foundation of Valley Forge Awards in numerous categories, Don also received the National Flag Foundation's "New Constellation Award." He was the Faculty Winner of a First Place prize in a National Essay Contest judged by Nobel Economist Milton Friedman and chaired by a Blue-Ribbon panel. Inducted into the Samuel Moore Walton Free Enterprise Hall of Fame, Don received their "Champion of Enterprise" award in Kansas City. The First Annual Distinguished Scholar Award was also presented to him in Cleveland Ohio, by the Association of Private Enterprise Education. For 35 years, he sponsored Intercollegiate Economics Teams, the "Capitalism Corps," which became six-time National Champions.
Estimates are that Diffine taught undergraduate and graduate Economics courses to approximately 16,000 students at Harding University, along with adjuncting in graduate programs at Pepperdine University, the Mid South School of Banking and Webster University. A milestone for him in 2016 was the opportunity to teach Economics to a third-generation student at Harding. Don believed that eternal joy can be the result of an inter-generational bonding of God's people on a pilgrimage. A Deacon helping supervise the Senior Adults Ministry at College Church of Christ for nearly two decades, Don was fond of an offbeat, unofficial motto for the program's 520 adults, including 100 widows and widowers, in their harvest years: "Keep Moving—Don't Give the Buzzards a Place to Land."
Services will be held at College Church of Christ on Saturday, September 3. Visitation will begin at 9 a.m., followed by a memorial service 10:30. A burial service for family members will take place at 2 p.m., in the mausoleum at Oaklawn Memorial Gardens. Memorials may be sent to the College Church of Christ, earmarked for His House Ministry.
Online guestbook: rollerfuneralhomes.com/searcy