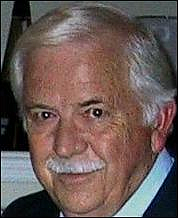 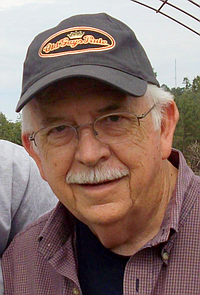 Grover Edwin "Eddie" Best Jr., 84, of Searcy died January 21, 2023.
Eddie retired as director of advertising and public relations for Yarnell Ice Cream Company, closing a varied communications career that began as a sportswriter for the Arkansas Gazette and led to executive positions with major advertising agencies and publishing companies based in Little Rock and Memphis.
He was hired as a teenager by the newspaper, which he left eight years later to join Faulkner & Associates advertising and public relations agency of Pine Bluff and Little Rock. He had befriended Ben Pearson, a pioneer in mass production of archery equipment, and worked on the Pearson advertising account and others before advancing to executive vice president. He retained that position when the Faulkner agency merged with Deloss Walker Associates of Memphis. Subsequently, he was named publisher and general manager of Falcon Publications of Little Rock with primary responsibility for a video store promotional publication, Take One, with monthly paid circulation of 1.4 million. Planning for retirement, he and his wife Pat purchased a cabin on the Little Red River. This was near Searcy, home of Yarnell Ice Cream Co., which persuaded Eddie to come temporarily as a consultant, a move which led to his becoming the advertising and PR director. He retired for good 11 years before the Yarnell company was sold.
His career details may be found in the Arkansas Gazette oral histories archived at the University of Arkansas in Fayetteville.
Eddie was born January 24, 1938, to Grover and Marjorie Best of North Little Rock. He is survived by a son Dr. Timothy R. Best (Nancy) and grandson Daniel Best of Lake Charles, La.; daughter-in-law Mary Best of Searcy; brother John Best (Jean) of Hot Springs and a host of loving in-laws, cousins, nephews and nieces. He was preceded in death by his wife of 63 years, Patsy Rose McCullough Best; by his parents Grover and Marjorie Best, by his sons Martin Best and Michael Best and by his brothers Ken Best and Jerry Best.
Eddie attended North Little Rock public schools, Little Rock Junior College and Little Rock University. He served eight years in the U.S. Naval Reserve and later in professional leadership roles, including president of the Arkansas Advertising Federation, public relations instructor for the U.S. Savings and Loan League and arbiter for the Arkansas Better Business Bureau. Following retirement, he served as president and editor of the White County Historical Society. He was a member of Downtown Church of Christ in Searcy. A private burial will be held in Pinecrest Memorial Park at Alexander. The family requests remembering Eddie by donating to a charity close to your heart.