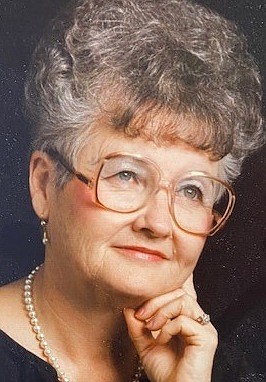 Margaret June Carlisle, 95, of Cabot, passed away Friday, January 20, 2023, after a prolonged illness. She was born June 26, 1927, in Mayflower, Ark., to the late Willie Wilson and Hazel Batchler.
In addition to her parents, Margaret was preceded in death by two husbands, Herman Lloyd, who she was married to for 24 years, and Luther Carlisle, who she was married to for 20 years; her daughter, Patricia Patterson; brothers, Abraham, Calvin, Melvin, Edward, Everette and George Isaac Wilson; and sister, Alta Dennis.
She was raised briefly by Alfred and Sally Lemay. Margaret worked for a blue jeans factory in Little Rock, then for a junior high school, and later in life at the Ramada Inn in Jacksonville as a supervisor for housekeeping. She attended church at McArthur Church in Jacksonville and Mountain Springs Baptist Church in Cabot. In her spare time, Margaret enjoyed square dancing and traveling.
She is survived by her son, Larry Lloyd (Sarah) of Vilonia; grandchildren, Tammie Tafner (Christian) of Sherwood, Kenneth Lloyd (Ran) of Crestview, Fla., Joanna Patterson of Hot Springs, and Jody Patterson; great-grandchildren, Faith, Marlena, John, Elizabeth, Kyle, Amanda, and Katelinn; four great-great-grandchildren, Jonathan, Garrett, Aleena, and Hannah; and many more family members and friends.
Funeral service will be 11 a.m. Wednesday, January 25, 2023, at Moore's Cabot Funeral Home with Kenny Bunch officiating. Interment will follow at Mayflower Cemetery. Visitation will be one hour prior to the service beginning at 10 a.m. at the funeral home. Arrangements by Moore's Cabot Funeral Home, 501-843-5816. Please sign our online guestbook for the Carlisle family at www.moorescabotfuneralhome.com.