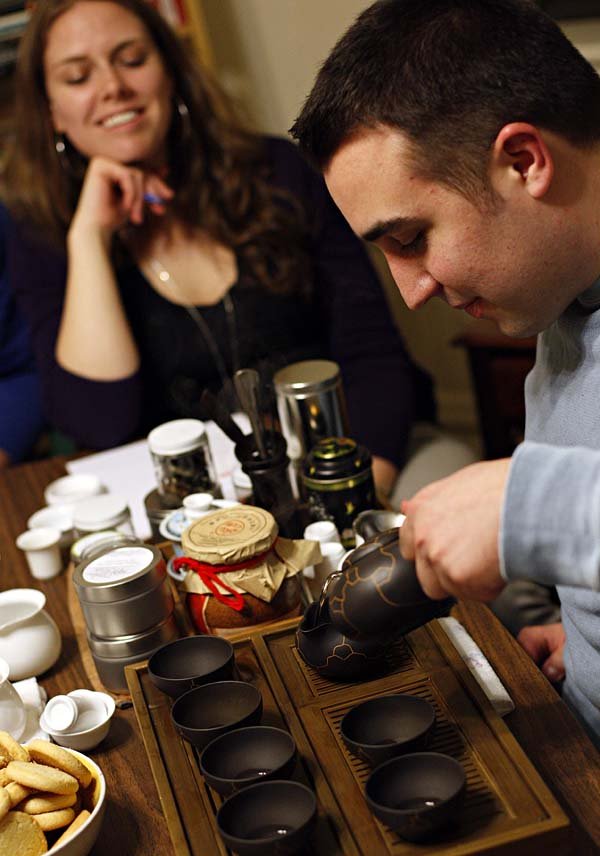 Tony Gebely, right, pours an oolong tea during a party in his North Center Chicago, Illinois apartment, March 3, 2010. Gebely has just launched an online tea business in Chicago. But he is finding it hard to direct Web traffic to his site because search engines have become so cluttered with Tea Party Movement sites.