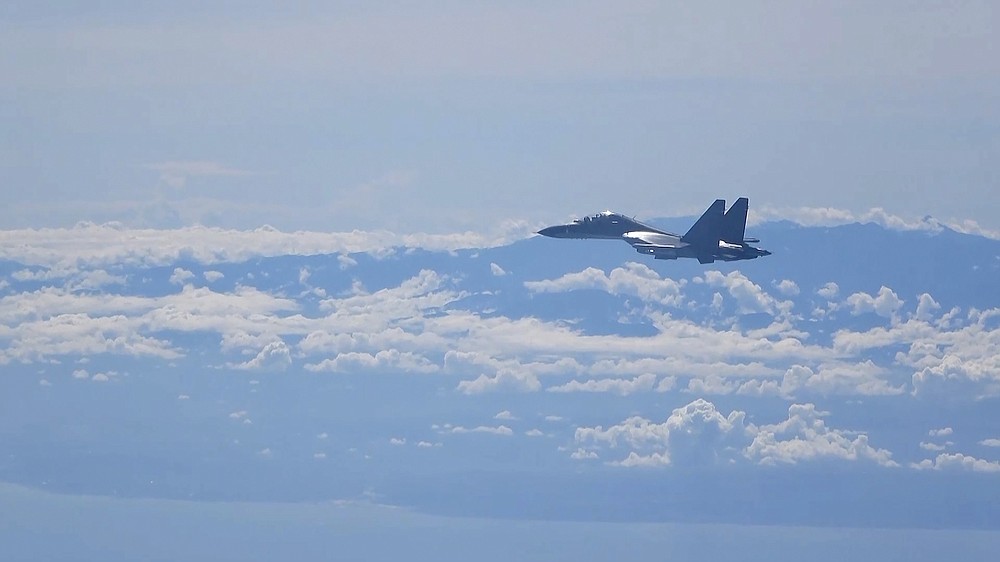 In this image made from video and released by China's Xinhua News Agency, a Chinese military plane flies during a training exercise of the air force corps of the Eastern Theater Command of the Chinese People's Liberation Army (PLA), Friday, Aug. 5, 2022. China conducted "precision missile strikes" Thursday in waters off Taiwan's coasts as part of military exercises that have raised tensions in the region to their highest level in decades following a visit by U.S. House Speaker Nancy Pelosi. (Xinhua via AP)