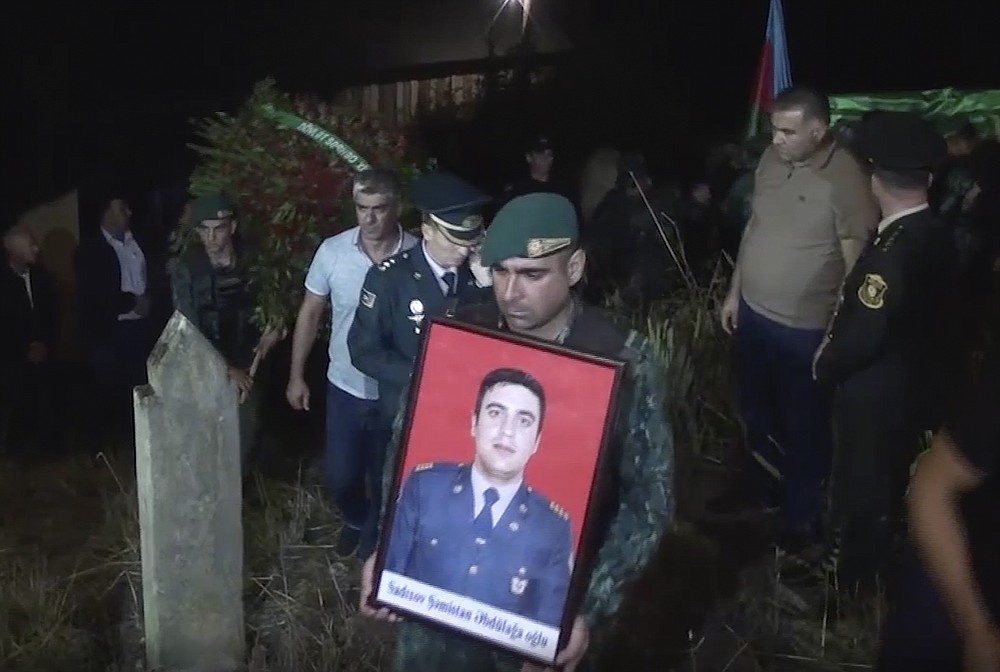 In this image taken from video, a serviceman carries a portrait of Azeri serviceman Shamistan Sadykhov killed at Azerbaijani-Armenian border, during his funeral in Lerik, Azerbaijan, Tuesday, Sept. 13, 2022. Armenia and Azerbaijan accused each other of new rounds of shelling on Wednesday morning as hostilities reignited between the two longtime adversaries. (AP Photo)