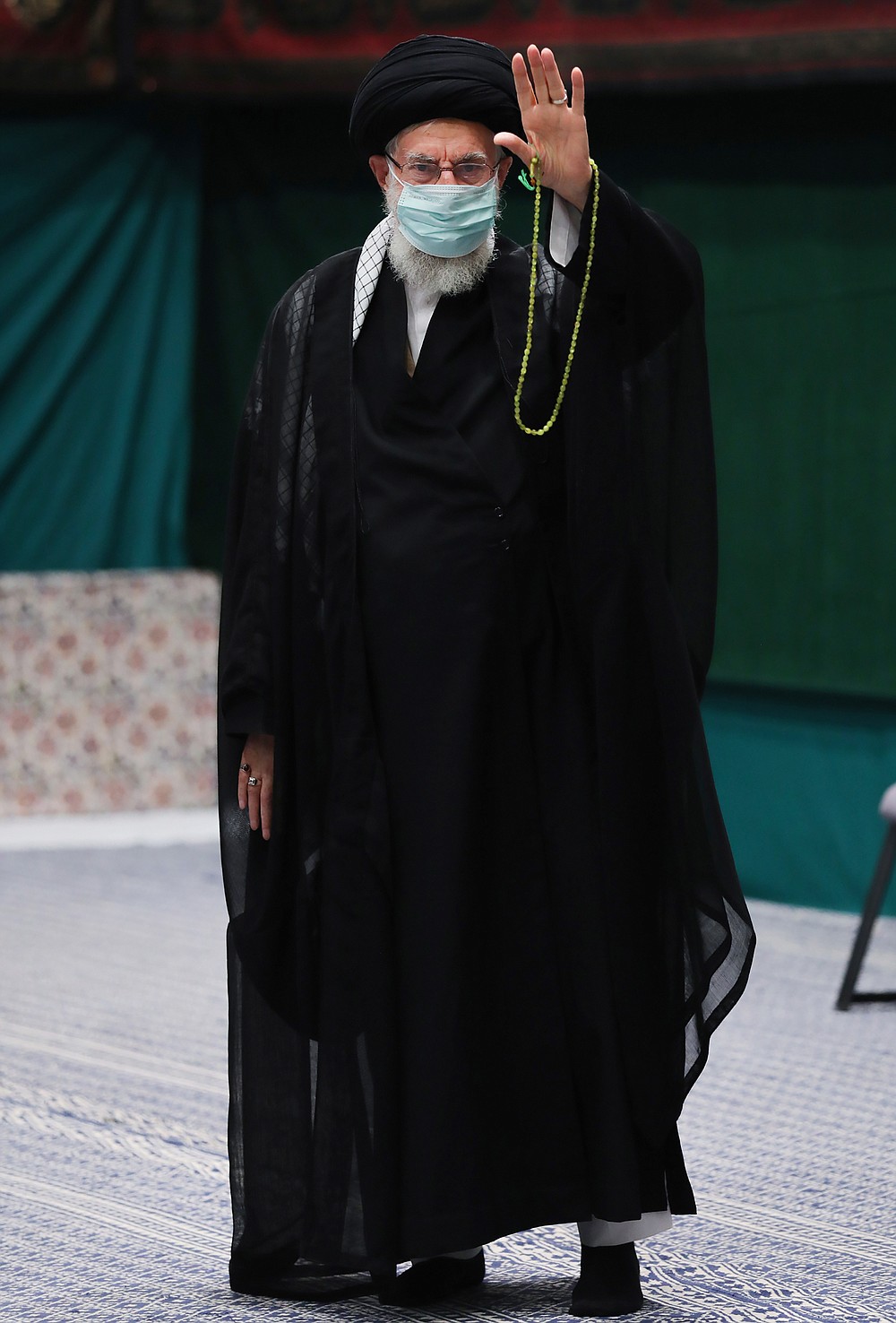 In this image released by the official website of the office of the Iranian supreme leader, Supreme Leader Ayatollah Ali Khamenei waves to his well-wishers during a religious ceremony, in Tehran, Iran, Saturday, Sept. 17, 2022. Khamenei spoke to students in person Saturday after being out of the public eye for nearly two weeks causing speculation that he was sick. (Office of the Iranian Supreme Leader via AP)