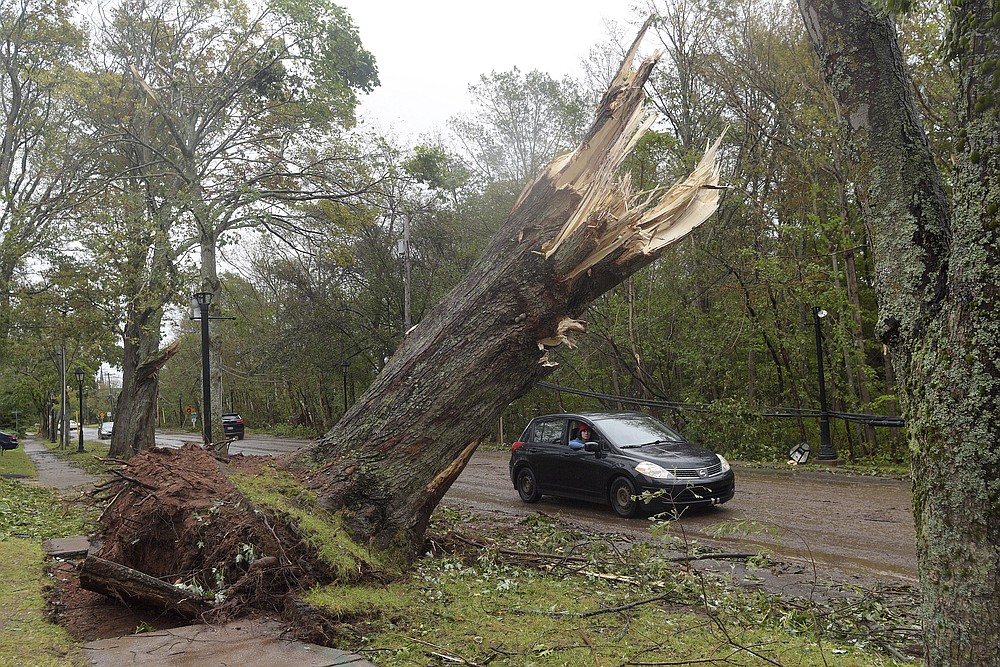 A driver cruises past a large tree which was snapped in half during the destruction of Fiona, in Charlottetown, Prince Edward Island, Monday, Sept. 26, 2022. After surging north from the Caribbean as a major hurricane, Fiona came ashore before dawn Saturday as a post-tropical cyclone, battering Nova Scotia, Prince Edward Island, Newfoundland and Quebec with hurricane-strength winds, rains and waves. Across the Maritimes, eastern Quebec and in southwestern Newfoundland, the economic impact of the storm's wrath is still being tallied. (Brian McInnis/The Canadian Press via AP)