These maps show the evolution of Arkansas' congressional districts, beginning with the current plan that was approved by lawmakers April 12. Roll over each year to see the boundary and population changes. 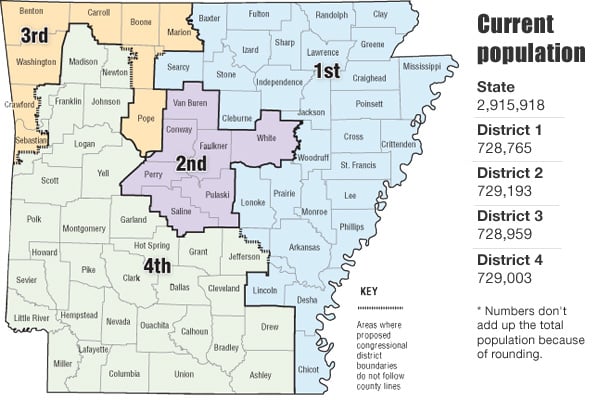 *Population figures shown are the resulting district counts based off the previous decennial census for each map. Source: U.S. Census Bureau, Arkansas Census State Data Center at the University of Arkansas at Little Rock,Volumes of the Historical Report of the Secretary of State for 1947, 1958, 1968, 1971, 1986, and 1997, The Historical Atlas of Political Parties in the United States, 1789-1989, and Arkansas Democrat-Gazette archives. 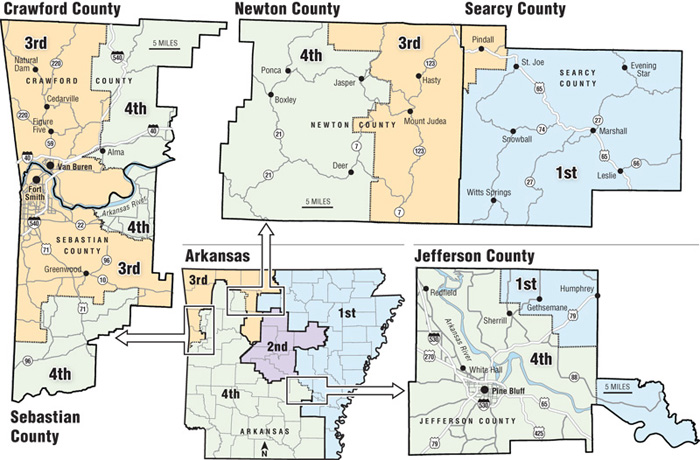