Vance found guilty on all counts 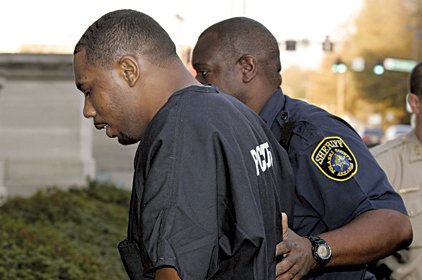 Curtis Lavelle Vance is escorted into the courthouse Friday for resumption of his murder trial.

Vance, 29, was found guilty to capital murder, rape and burglary charges in an Oct. 20, 2008, attack so brutal that Pressly’s mother didn’t recognize her when she rushed to the anchorwoman’s aid.

The panel was to reconvene later Wednesday to weigh whether Curtis Lavelle Vance should be executed or sentenced to life in prison without parole for the Oct. 20, 2008, attack on Anne Pressly at her Little Rock bungalow.

After the verdicts were read, Pressly’s mother, Patti Cannady, raised a hand and said, “Praise God. Praise God.” She burst into sobs.

Once the jurors had left, Vance gestured toward the empty jury box, pointed to his eyes and ears and shook his head.

Earlier in the day, the jury had asked for clarifications on a few instructions once in deliberations, according to reports from the courthouse.

Vance found guilty on all counts

Judge Chris Piazza told the jurors that the Vance interview transcripts are not evidence, just the interviews. He also declined the jury's request for smaller versions of the diagrams showing Pressly's home and give DNA evidence notes.

In closing arguments at the trial of the man charged with killing Pressly, a prosecutor described the suspect as “someone who makes dogs bark at night.”

“He made this person look like this,” deputy prosecutor John Johnson said, holding up a KATV publicity shot and a photograph taken during Pressly’s autopsy. A medical examiner had testified Tuesday that the front of Pressly’s face was broken “like an egg.”

Defense lawyer Teri Chambers told jurors that too much was lacking from the state’s case to warrant a conviction. She said tests showing that hair found at the scene was similar to Vance’s were not precise enough to prove a connection. 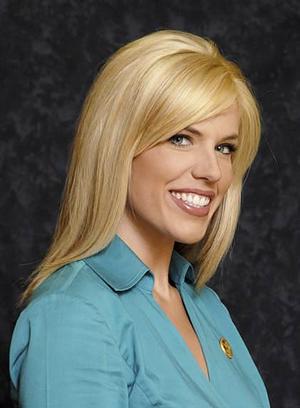 “This evidence means nothing. You cannot base a conviction on it,” Chambers said. She also repeated claims that police fed Vance information about the case so he would give it back to officers in the form of a confession.

On a tape played for jurors Monday, Vance told a police detective that he beat Pressly with a piece of wood that he found in her backyard — but never explained why. “I lose control, she lose control,” Vance said in the February interview.