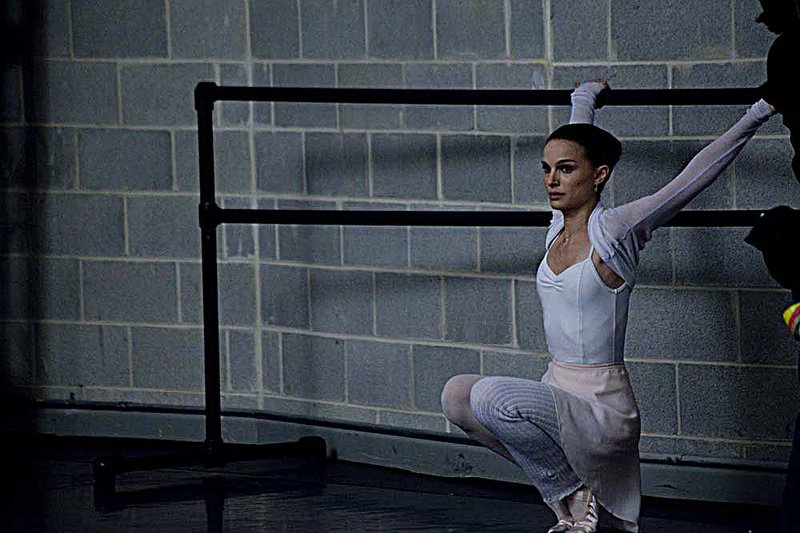 LITTLE ROCK — Darren Aronofsky’s Black Swan is a minor disappointment; an ambitious and in some ways excellently realized movie that fails to achieve the balance of technique and madness necessary for pure art. It strives mightily, and its failures are not of conviction. I admire it for lots of reasons, mostly for its courage, but I found it dangerously close to risible cliche.

And I want to avoid making fun of Black Swan, for surely there are plenty of people - some who understand it but probably more who don’t - who will call it “The Wrestler in tutus” or some such. It is pitched in a high, screeching key that most of us (myself included) will find wearying, but that some will take as beautiful. Good for them - Black Swan will be a lot of people’s favorite movie.

It is a movie a lot of critics will love simply because it isn’t the usual thing, because it is an occasion to think. And fans of dance will love it because it is set in the realm of world-class ballet, and it depicts that pursuit in ways that appeal to fans. (Though I doubt, as one colleague told me, that all prima ballerinas are smooth-running crazy.)

The plot is simple, Nina (Natalie Portman) is a veteran dancer in a New York ballet company who gets her big break after the company’s lead dancer, Beth (Winona Ryder), is forced out.

While Nina is a perfect fit to dance the Apollonian White Swan character in the company’s production of Swan Lake, artistic director Thomas (Vincent Cassel) is reluctant to cast her because he doubts she can handle the Dionysian Black Swan which, traditionally, the prima ballerina also dances. He knows Nina is technically perfect, but even after he gives her the part he feels she is too icy to convey emotionally consuming passion.

And the girl really does need to loosen up. She’s kept by her frustrated stage mother (a spooky Barbara Hershey), ina girlie bedroom crowded with stuffed animals. She trains like an athlete and has no friends. She lives to dance.

Enter Lily (Mila Kunis, supplying her own fun), an exotic recruited by Thomas from San Francisco. She can dance, drink and even coax Nina out on the town. Maybe this is part of Thomas’ plan - maybe Lily can help Nina tap into the Dark Side. After all, the sexual harassment didn’t seem to work.

Or maybe, as Nina comes to suspect, Lily wants to get her out of the way and claim the lead for herself?

Almost from the beginning, we realize Nina is experiencing a psychic break, which makes her point-of-view stylishly unreliable. We are as unsure as she is of what’s really going on, and as the film unspools what’s real becomes more and more difficult to hold in focus. Horror movie tropes begin to creep in on the edges, and Nina’s single minded obsession with her role begins to turn her into a kind of monster.

Aronofsky directs all this in a way that recalls Roman Polanski (especially The Tenant) and his own Pi, which is to say it’s a less declarative film than The Wrestler. But the real key to how you’ll receive the film likely depends on what you think of Portman’s performance.

I didn’t like it, it felt ginned up and startled - like a talented high-schooler bravely biting off a chewy chunk of Tennessee Williams.

Still, I know lots of people love her in it. And she’ll probably get a nomination and maybe an Oscar for her trouble. Whatever else, it’s the sort of thing for which they hand out little statues.