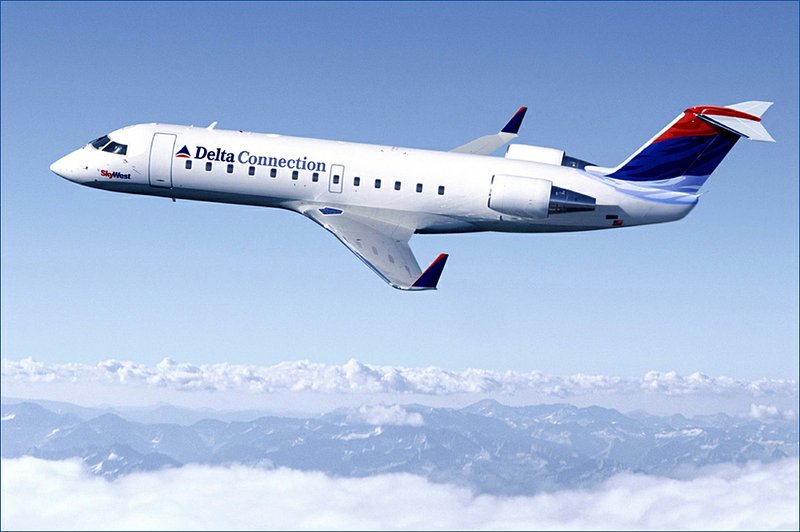 Airlines say the new has worn off the Bombardier Inc. CRJ-200 50-seat jets, like this one.

LITTLE ROCK — The 50-seat jets once prized by carriers such as Delta Air Lines are being culled from U.S. fleets as higher fuel and maintenance bills make them too expensive to fly.

By 2015, U.S. airlines will have about 200 jets with 50 or fewer seats, down from about 1,200, said MichaelBoyd, president of consultant Boyd Group International Inc. in Evergreen, Colo. More than 80 have been scrapped in 2010, he said.

“These are litters of aluminum kittens - nobody wants them,” Boyd said. Their only value is for recycled metal, he said. “The next stop is the Budweiser factory because that’s all they’re good for.”

Delta’s Comair unit underscored the turnabout with its Wednesday move to getrid of three-fourths of its 50-seaters after pioneering their use in the 1990s. Regional jets flew about twice as fast as turboprops, and crude oil at about $20 a barrel made them affordable to operate.

The drawback was spreading costs over about a third as many seats as in a Boeing 737. With oil averaging $77.93 this year through Thursday, up 39 percent from 2009, airlines favor regional jets that cancarry 70 or more people and fly less often, or new turboprops.

Comair’s move to shed 53 Bombardier CRJ-100 and CRJ-200 jets is a “defining moment on the long road to 50-seat oblivion,” said Richard Aboulafia, an analyst at consultant Teal Group in Fairfax, Va.

Comair President John Bendoraitis told employees in a memorandum this week that the Cincinnati-based carrier needed to “dramatically change course” with steps that include chopping the fleet to 44 planes by 2012. Before cuts in the 2008 recession, the total was 131. Comair’s oldest CRJ-100s average 14 years old, according to Ascend Worldwide Ltd. The age adds to maintenance expenses.

U.S. passengers and airlines embraced regional jetswhen Bombardier and Empresa Brasileira de Aeronautica entered the market in the 1990s. Use of models with 50 or fewer seats peaked in 2007 at 1,420, up from 110 in 1997, according to London-based Ascend, which compiles fleet data.

“The growth in this aircraft type was far too many, far too fast,” said Douglas Runte, managing director at Piper Jaffray & Co. in New York.

Embraer and Montrealbased Bombardier are now selling or planning models able to carry more than 100 people, part of what Bombardier predicts will be a $393 billion global market for jetliners with 100 to 149 seats in the 20 years ending in 2029.

“With profits being as thin as they are, the cost of operating those airplanes is something that has to be overcome with high levels of traffic,” said David Swierenga, president of consultant AeroEcon in Round Rock, Texas. “We haven’t seen that.”

Passengers probably won’t lament the vanishing of the smallest planes, analysts said. The overhead bins typically can’t handle roll-aboard luggage accommodated on bigger planes, and window seats can seem cramped because of the curvature of a narrower fuselage, according to travel website SeatGuru.com.

“You feel like a sardine, and forget about trying to open your laptop and getting any work done,” said Pete Luttmann, a salesman at technology firm Dolphin Corp. in Cincinnati.

If oil prices remain in the $75-per-barrel range and businesses continue to be conservative with travel budgets, the retirement of 50-seaters may accelerate, Boyd said.

“The small-jet airplane era is over because the economics simply are not there,” Boyd said. “They couldn’t make money with $50 oil, and they sure as heck can’t make money at $75 oil. The only people who love these 50-seaters are the chiropractors who have to fix what they do to people’s backs.”