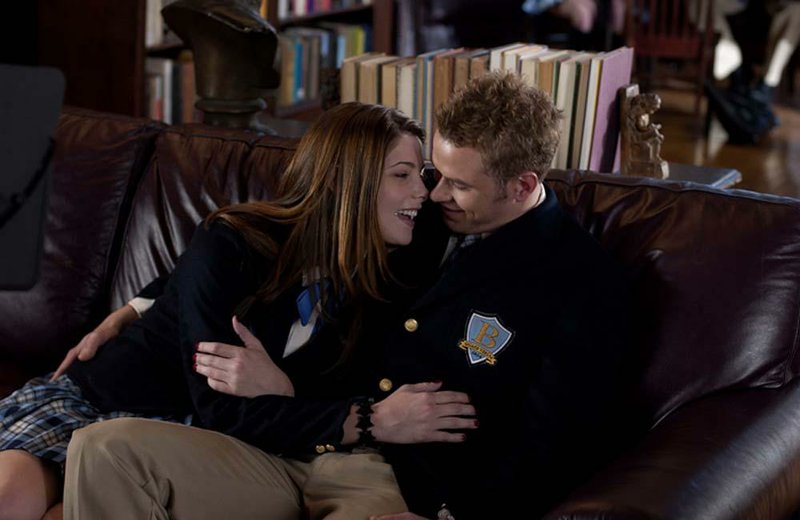 LITTLE ROCK — Perhaps best received as a workout for the Twilight junior varsity of Ashley Greene and Kellan Lutz (who play Emmett and Alice Cullen in the ongoing saga), A Warrior’s Heart is an earnest and unremarkable teenage romance set against the backdrop of (at least this is different) big-time high school lacrosse.

Conor (Lutz) is a cocky lacrosse star from California who transfersto tony Washington-area lacrosse factory Brierfield - where his married-to-the-Marines military father Col. Seamus Sullivan (Chris Potter) was a star years before, and where his father’s old nemesis David Milligan (William Mapother) is headmaster and head coach. Dad thinks Conor is ready to play right away; Coach isn’t so sure - after all, this is real East Coast lacrosse, and Conor hasnever played against players as physically talented as himself. Besides, he’s a showboat who has trouble grasping the team concept.

There are a couple of amusingly homoerotic beefcake locker room scenes between Conor and the player Dupree (Chord Overstreet), starting ahead of him. (“You’re not taking my spot.” “You play right wing attack? Then, I’m definitely taking your spot.”) Conor also makes the acquaintance of one Brooklyn (Greene), who happens to be Coach’s daughter (as well as sometimes omniscient narrator). Because he’s hunky, she’s interested. Even after he becomes violent and angry and ends up in jail. (Brookie’s snarky friend: “How’s your felon?” Brookie: “I just can’t stop thinking about him.”)

Then, just before he rotates back to a dangerous assignment in Iraq, Dad givesConor a new lacrosse stick and advises him to never put himself above the game. But his (spoiler alert) very last gift to his son is to sign him up for a spring break lacrossecamp run by American Indians - the original lacrosse players.

A Warrior’s Heart is in every way conventional, always defaulting to familiar beats and tropes. It’s competently realized, dull and obviously designed to exploit the nominal star power of its photogenic young leads.

But it’s not absolute junk - the usually wooden AdamBeach, who I figured we lost around the time of his horrible turn in Flags of Our Fathers, is surprisingly good as the inevitable tough love providing mentor who shows up in the second act. As Sgt. Maj. Duke Wayne (groan), a full-blooded Iroquois who served under Conor’s dad and has his own debts to repay, Beach is the best thing in this mediocre, preachy film.