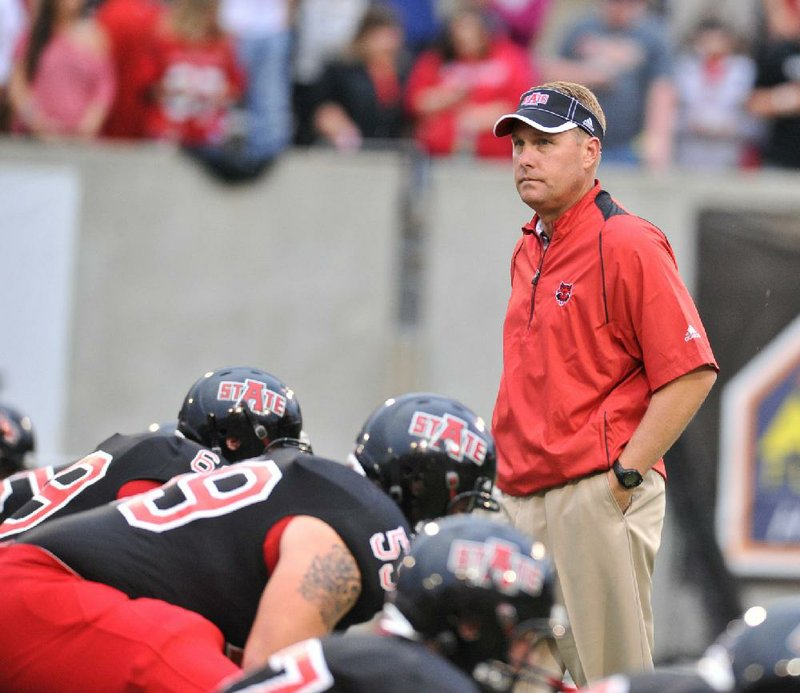 A formal announcement is slated for 2 p.m. at Ole Miss, but the school confirmed online that Freeze was the pick to be its 37th head football coach.

Search co-char Archie Manning, a former Ole Miss and NFL quarterback, made the announcement in a video, calling Freeze "a man of high character and integrity."

"The committee was immediately wowed by his plan, his energy, his track record of recruiting and his proven ability to win and win the right way," Manning said in the video. "I am so excited to announce that Hugh Freeze is the next football coach of the Ole Miss Rebels."

In posts to his Twitter account Monday morning, Freeze described his time at ASU as an "incredible ride," but added the Ole Miss job was an opportunity he couldn't turn down.

"To the players at Arkansas State. I LOVE EACH and EVERYONE of you," Freeze wrote in one Tweet. "I'm sorry, i truly am. I hope that in time you will forgive me."

Freeze worked on the Ole Miss staff from 2005 to 2007, spending two seasons as an assistant coach, before becoming head coach at Lambuth University for two seasons. He spent one year as ASU's offensive coordinator before being promoted to its head coach before this season. He led the Red Wolves to a 10-2 record and a Sun Belt conference title, earning a bid to the GoDaddy.com bowl next month.