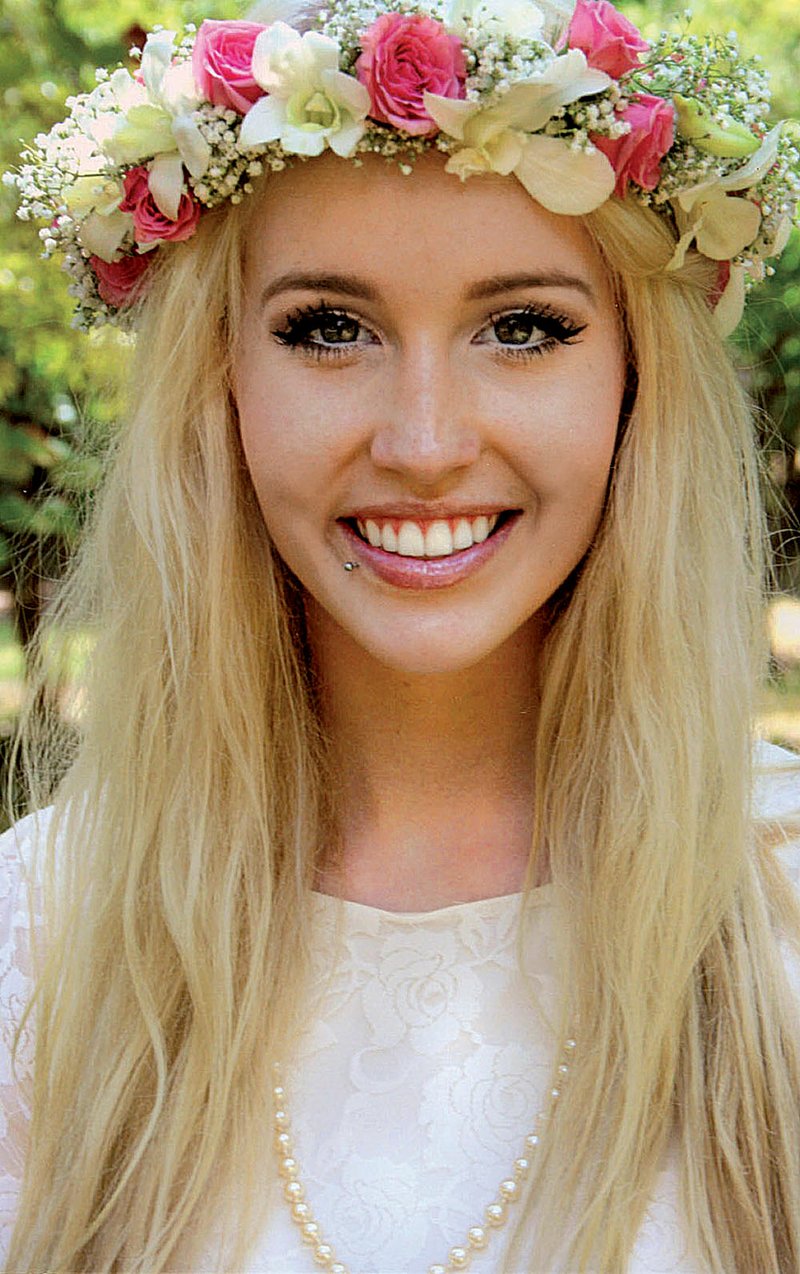 Parents of the groom are Barbara Kent Lester of Drasco and William Todd Lester of Ida. His grandparents are Joyce Kent of Milledgeville, Ga., the late Earl Kent of El Paso, Texas, and Dale Lester and the late William Lester, both of Ida.

The intimate family ceremony took place at sunset with the cliffs of the Na Pali Coast as a backdrop.

Given in marriage by her father, the barefoot bride wore a knee-length, vintage-inspired gown with a lace overlay, Empire waist and jewel neckline. She wore a pearl strand that belonged to her paternal grandmother and, in keeping with the Hawaiian ceremony, she wore a traditional flower crown made of dendrobium orchids, delicate pink roses and gypsophilia, and carried a matching bridal bouquet.

Following the ceremony, a dinner reception was held at the island’s Princeville St. Regis Hotel in the Makana Terrace overlooking Hanalei Bay and Makana Mountain.

The bride is a senior at the University of Central Arkansas in Conway, where she is pursuing a bachelor’s degree in addiction studies. She has been named to the dean’s and president’s lists and will graduate in the spring.

The groom attended Pulaski Technical College in North Little Rock and is employed by Southwestern Energy in Conway.

After a honeymoon in Hawaii, the couple will make their home in Conway.