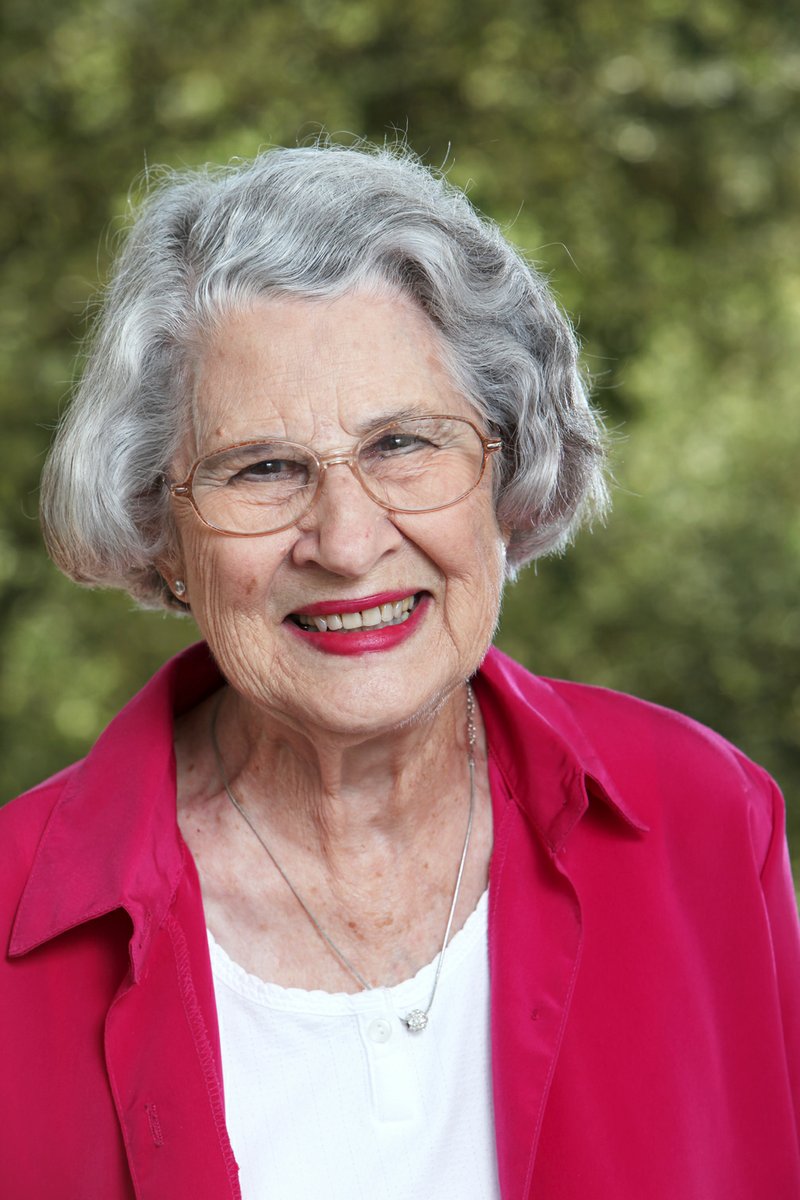 Billie Dougherty was awarded the 2011 Distinguished Service Award by AARP for her volunteer service to the organization.

WARD — One thing that Billie Dougherty has carried over from childhood is her dislike of napping.

By looking at her packed calendar, Dougherty has no time for napping anyway. The 83-year-old logs an average of 70 volunteer hours each month with AARP, the Governor’s Advisory Council on Aging, the CareLink Council of Advisors, Cabot United Methodist Church and Lonoke County Hospice, where she visits those in hospice care in nursing homes.

Although she’s suffered her share of tragedy, she has continued to seek happiness throughout her life. Her first husband, Charles Brewer, died unexpectedly and left her a single mother of three children. She also experienced the deaths of her oldest son, Charles Brewer Jr., of her second husband, Bill, and of her younger brother.

“I told my children that the only epitaph I’ll need is, ‘She enjoyed her journey,’” Dougherty said with a smile.

Sitting in a cafe in Cabot, her silver hair was shining, along with her pink pant suit, which was as vibrant as her personality.

She travels to Little Rock often to serve on several councils that help propose legislation for senior citizens of Arkansas.

“I’m sort of a political junkie,” she said with a smile. “For six years, I’ve been on the Silver Haired Legislature, and we meet to formulate bills.”

The Silver Haired Legislative Session is a mock legislature of senior delegates that meets every other year. The group debates and drafts legislation that concerns senior citizens that is forwarded to all the members of the Arkansas General Assembly with the hope legislators will help draft it into actual law. Dougherty said a senior alert, similar to the Amber Alert for children, was one of the bills that came from one of the sessions.

“I’ve also lobbied for AARP for years,” she said. “It’s important to pay attention to bills and state government. Nothing just happens; there’s a lot of work that goes into it.”

She also serves on the Governor’s Advisory Council on Aging, a group of people who meet quarterly to advise the governor of the needs of older Arkansans and the programs that serve them.

She is also a longtime member of the CareLink Council of Advisors. CareLink is a nonprofit agency that provides resources for older people and their families in Central Arkansas.

“She is a knowledgeable and effective advocate for older people,” said Elaine Eubank, CEO of CareLink. “Billie is caring and hard-working and a great example of what a difference one person can make in the world. Older people are lucky to have Billie Dougherty on their side.”

These days, Dougherty is an advocate for older people, but before that, she was a voice for young people as a school teacher.

She and her family moved to Huntsville, Ala., in 1963 when her first husband, Charles, was an engineer for the U.S. Army Space and Missile Defense Command. She began teaching fourth grade, then taught kindergarten during her 10 years in Alabama.

She recalled her first time on the playground with her class, when the ground began shaking.

“I asked one of the little girls, ‘Do you have a lot of earthquakes?’ She said, ‘No, Mrs. Brewer; you’ll get used to that,’” she said with a laugh. “They were doing tied-down firing [at the missile command], and you could feel it within a 10-mile radius.”

Being a school teacher in the 1960s had its challenges, she said, but overall, it was a positive experience.

“It was a wonderful time to be in Huntsville,” she said. “It was a good historical time. The schools integrated while we were there, and my husband was president of the school board.”

She said the integration was surprisingly peaceful.

“There was a lot of tension, but nobody tried to do anything,” she said. “It was much more peaceful in north Alabama than in south Alabama.”

After Charles died of a heart attack, Dougherty moved to Cabot in 1972 with three children in tow. Her eldest son was beginning his first year in college, and her other two sons were still in high school. She worked as a substitute teacher until she remarried in 1976.

She and her second husband, Bill Dougherty, opened a Western Auto store in Lonoke. A few years after the store opened, Bill’s Parkinson’s disease made it so he could no longer walk. So Dougherty ran the store while she cared for her ailing husband.

“It was his dream to have a Western Auto store, not mine,” she said with a smile.

She was also president of the Lonoke Chamber of Commerce in 1980-81.

“It was a tumultuous time for small mom-and-pop businesses,” she said. “Big-box stores were beginning to move in to small towns and upset the economic apple cart.”

In 1995, she started attending AARP meetings, and since then, she’s won several awards for her volunteer efforts, including being inducted into the Senior Arkansas Hall of Fame, which honors people who have made significant contributions to older Arkansans. She won’t take personal credit for any of the awards because she said that in an organization run by volunteers, it takes everyone involved to make things happen, not just one person.

“Anyone who feels bored or unfulfilled, find some place to volunteer,” she said. “Volunteerism is one of the best things you can do in life.”

Staff writer Jeanni Brosius can be reached at (501) 244-4307 or jbrosius@arkansasonline.com.