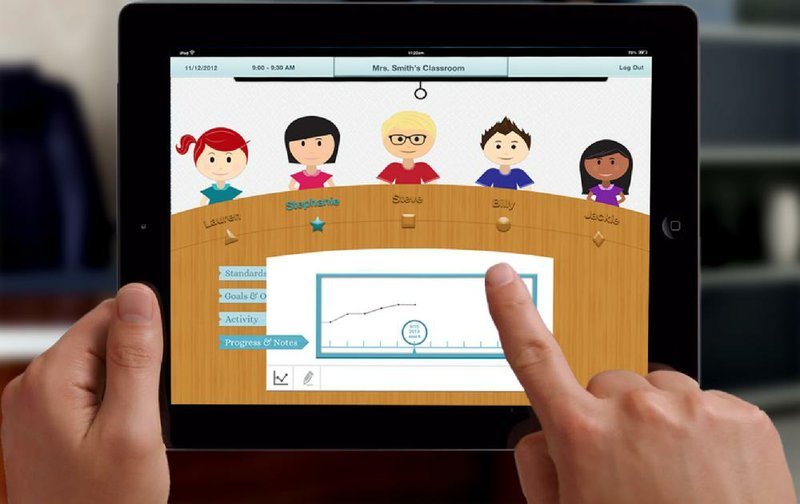 Two companies with operations in Arkansas have teamed up to produce an application called DocNow, targeted to help therapists document sessions with patients and keep up with time-consuming paperwork.

The application is a product of Tennessee-based Metova, which has offices in Cabot, and Little-Rock based Ntegral Applications LLC. The application is aimed at speech, occupational and physical therapists who work primarily in schools. It was unveiled in June at the Arkansas Association of Special Education Administrators’ annual conference held in Eureka Springs.

The DocNow iPad application allows health-care professionals to keep recorded notes during therapy sessions. The application can save therapists hours of of weekly administrative work, according to Metova. It also allows the creation of custom client avatars, the ability to digitally sign sessions and access to a group writer tool.

Applications, or apps, area type of software - some full-featured, others quite simple - allowing the user to perform specific tasks.

According to California-based Apple, customers have downloaded more than 40 billion apps since it opened its App Store, with 20 billion downloads coming in 2012. The store, available through iTunes, offers apps for iPhone, iPad and iPod touch users.

Data provided by Mobilewalla, a Seattle-based analytics company focused on mobile apps, indicated many of the most popular health apps available on iTunes and at the Android stores on Google Play are focused on speech, occupational and physical therapy. For the months of June and July, iTunes released as few as two or three health and fitness apps a day and nearly 60 a day at other times.

In the medical segment, daily releases on iTunes for the period were as few as one or two and as many as 40. Total active apps on iTunes were 856,481, and apps in the Android store totaled 589,234.

He said mobile computing inside schools is growing rapidly, and the companies chose to release the app first for the iPad since the technology is used by school systems nationwide.

If the app gains popularity, a version will be offered for the Android platform, he said.

The app initially will be marketed to school districts and similar institutions with the price of the app varying based on size and the purchaser’s needs.

Metova develops custom applications for Web, smartphone and tablet platforms. It employs more than 85 at locations in Cabot; Franklin, Tenn.; Augusta, Ga.; and Washington, D.C. Ntegral Applications is a software development and consulting firm with experience in database development and management, Web and mobile-based applications, and electronic medical records.

It employs six around the state.