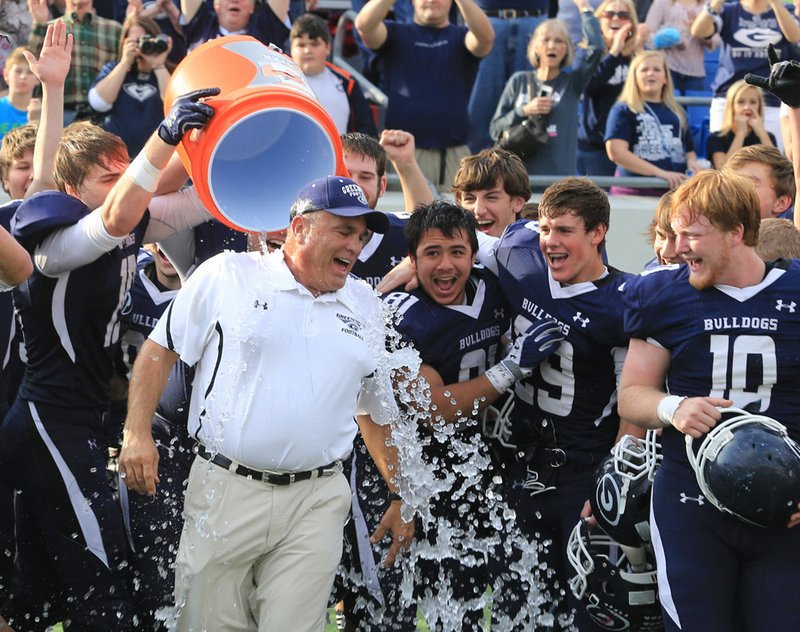 Greenwood coach Rick Jones gets drenched in ice water by his players Saturday after winning the 6A state championship football game.

Jones led the Bulldogs to an undefeated 14-0 record in 2012, capped by a win over Pine Bluff in the Class 6A state championship game last month at War Memorial Stadium. Greenwood was competing in its first season as a Class 6A member after new classification assignments were implemented prior to the season.

In nine seasons, Jones has led Greenwood to six state championship wins, including three straight from 2005-07 and 2010-12. The Bulldogs have a 107-16 record under Jones, which is the best in the state over that time.

Greenwood finished the 2012 season on a 38-game win streak - tied for third all-time in Arkansas - and was ranked No. 2 in the state behind Class 7A champion Fayetteville in the final Associated Press poll.